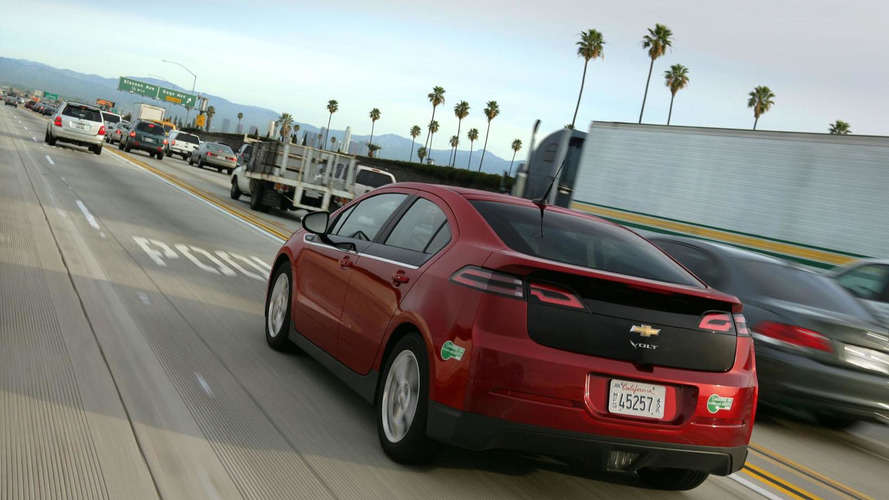 Fuel economy reached an all-time high of 24.8 mpg in MY 2015, while GHG emissions standards were bettered by 7 g/mi.

U.S. automakers achieved record-high fuel economy and bettered greenhouse gas emissions standards for the fourth consecutive year in the 2015 model year, according to a report by the Environmental Protection Agency.

Across all manufacturers and vehicle types, an improvement of 0.5 miles per gallon was registered, bringing average fuel economy up to a record high of 24.8 mpg.

Carbon dioxide emissions, meanwhile, outperformed the official standard by 7 grams per mile. That’s on top of the federally mandated reduction of 13 g/mi over the MY 2014 standard.

The EPA notes that, since the national greenhouse gas and fuel economy standards were introduced after MY 2011, fuel economy has increased by 2.4 mpg, and CO2 emissions per mile traveled have dropped by 10 percent.

Automakers have exceeded the GHG standards in each year since they came into force. Though that trend has continued, the margin by which the standards were beaten fell in MY 2015, from 13 g/mi to 7 g/mi. The EPA suggests this could be due to strong demand for pickup trucks.

Each manufacturer is given their own GHG emissions target, based on the type of vehicles they sell. Most beat their target, Nissan and Subaru by as much 23 g/mi. BMW merely matched its target, while Fiat Chrysler, Mercedes, and Kia missed theirs, though they were able to offset the deficit with credits,

2015 also saw new vehicle sales hit an all-time high, which the EPA believes reflects consumers’ openness to fuel efficient technologies like downsized, turbocharged engines. More than 100 MY 2016 vehicles already meet the standards laid down for MY 2020.

Christopher Grundler, director of the EPA’s Office of Transportation and Air Quality, said: “Car buyers can go to the showroom knowing that no matter what kind of vehicle they buy, it will be better for the climate - and their wallets - than ever before. This report highlights that the industry is providing vehicles that customers want, while reaching new levels of environmental performance.”

Volkswagen was not included in the report, due to the ongoing emissions cheating investigation.