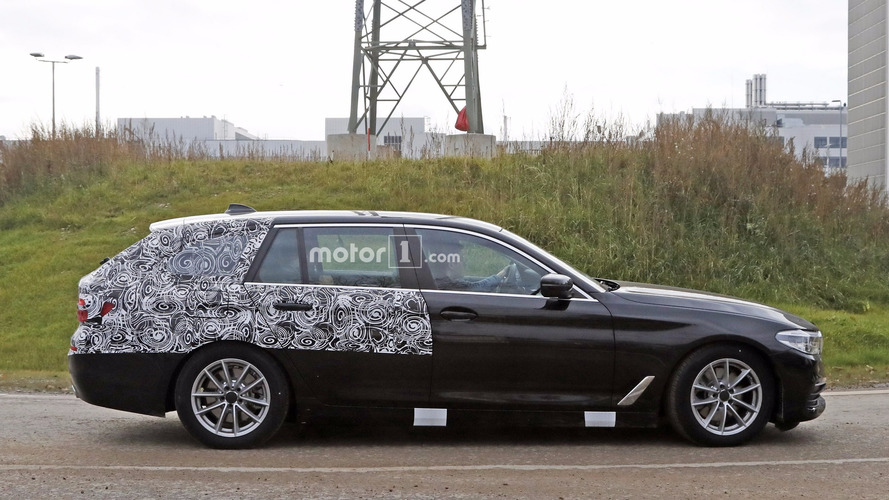 Following the introduction of the new 5 Series Sedan, BMW is now gearing up to roll out the wagon version seen here with less camouflage than ever.

It looks a tad underwhelming because of the small wheels that aren’t really suitable at all for such a large wagon. The camouflage fitted by BMW is borderline pointless taking into account we all know how it’s going to look like after seeing the sedan and how little it has changed compared to its predecessor. It should be the same story with its more practical sibling bound to become longer, wider, and taller than the car it’s about to replace.

With wagons, it’s all about practicality and how much you can fit inside the spacious trunk. The jump in size will pay dividends in terms of cargo capacity, which in the case of the sedan has increased by 10 liters to 530 liters. The outgoing wagon can haul 560 liters of items with the rear seats in place and as much as 1,670 liters once you fold them down, so expect higher figures for the new 5 Series Touring.

Despite the slightly larger footprint, the new midsize wagon from Bavaria will actually be considerably lighter since the new sedan has shaved off as much as 220 pounds (100 kilograms) over its predecessor. It was possible by switching to the CLAR platform making more extensive use of lightweight materials to cut fat and consequently increase both efficiency and performance.

As you would imagine, the engines are going to be carried over from the sedan, up to a biturbo 4.4-liter V8 with 462 horsepower (340 kilowatts) and 479 pound-feet (650 Newton-meters) for the M550i xDrive version. Since BMW does not have any plans to bring back the beloved M5 Touring, it means the all-wheel-drive-only M550i will have to suffice. It should be just about enough for most people in the market for a fast hauler since it will run to 62 mph (100 kph) in a little over four seconds based on the fact the sedan needs four seconds flat to complete the task before maxing out at an electronically-limited 155 mph (250 kph).

Expect the next-gen BMW 5 Series Touring (G31) to be introduced early next year, quite possibly at the Geneva Motor Show in March and go on sale shortly thereafter. 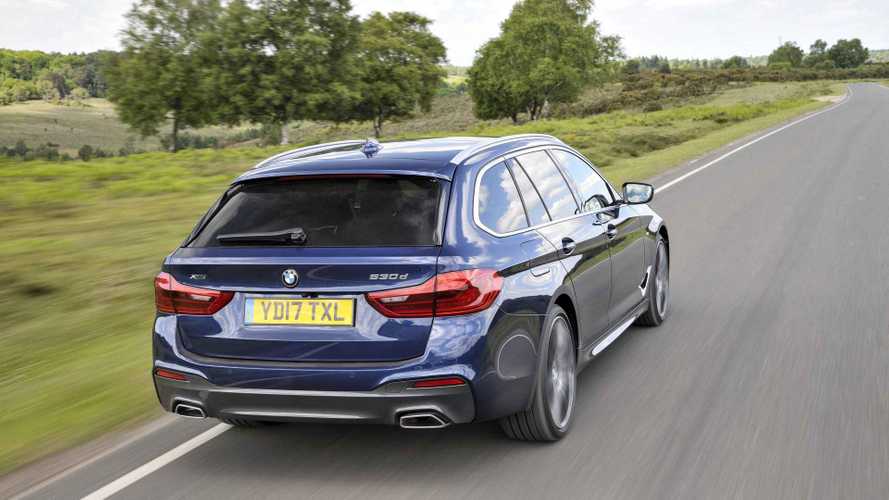