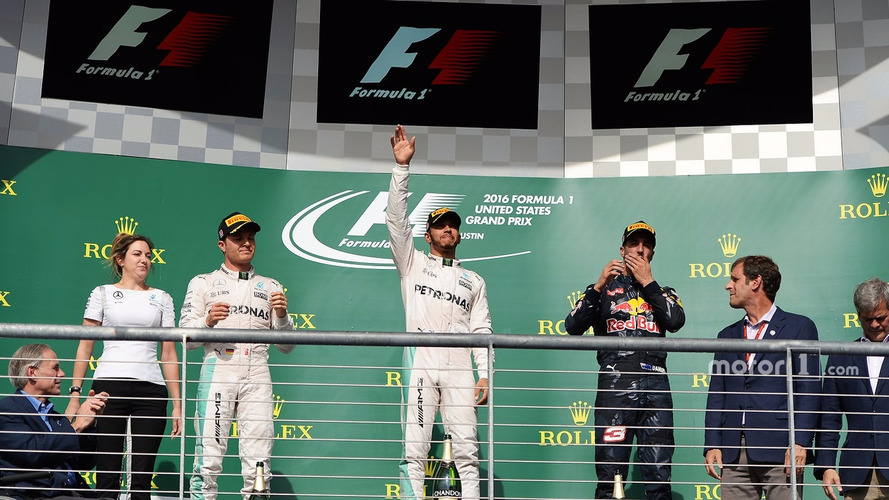 Since Formula 1 made the widespread move away from free-to-air television, swapping a large fanbase for a smaller group of paying customers, there has been much hand-wringing over the sport’s declining global fanbase.

But F1 is not alone in its predicament -- recent viewing figures from the English Premier League and America’s National Football League show similar declines over the same period, leading pundits to debate the extent to which our changing viewing habits are going to impact the long-term health of televised sport.

Despite a $50 billion broadcasting spend on NFL rights to the end of 2020, The Atlantic reports that “[American] football ratings are down double digits across the board, and the pain is spread across networks and nights. Ratings are down on Sunday afternoons on Fox and CBS, on Sunday nights on NBC, and on Monday nights on ESPN.”

It is a similar story in the UK, where subscription service Sky -- currently the only place where British fans can watch live coverage from all F1 races -- first built its success on the seemingly insatiable appetite the British public has for football (soccer).

According to a report in The Guardian, early season ratings for live Premiership matches on Sky Sports have fallen by twenty percent, while subscription rival BT Sport has seen a 40 percent decline in Champions League viewing figures across the same period.

That Formula 1 lost one-third of its global audience between 2008 and 2016 no longer appears quite so shocking in context.

While there are numerous theories surrounding the decline of TV viewing figures worldwide -- for F1 and more generally -- it is worth noting that the fall began in 2008, the same year that the collapse of several banks under the sub-prime mortgages scandal triggered a global recession from which the world has yet to fully recover.

For the average individual in developed countries, rising inflation and stagnant salaries have created a situation in which non-essential spending has to be carefully considered.

When subscription television comes at a monthly cost that can easily be circumvented via illegal streaming and other (simple) means of online access to entertainment, that subscription package is an easy cost to cut without any loss to said individual.

The rise of the internet has also been a factor. With fibre optic networks delivering high speed internet access to a significant proportion of households across the developed world, consumers have become accustomed to accessing their media through a variety of means, be they broadcaster-provided streams, catch-up TV, on-the-go apps, and many more besides.

Bewilderingly, a lot of these alternative options do not currently count towards official viewing figures despite them being the preferred means of access for the bulk of under-35s.

In the United States, since the turn of the millennium, TV viewing figures have dropped by 40 per cent among the under-25 demographic, an age group that traditionally made up a significant proportion of sports viewers.

The sharpest fall has been in the 17-24 group, who now watch 42 percent less television than they did in 2010, while the 25-34 age group watches 30 percent less TV than was the average at the beginning of the decade.

What The Atlantic calls “the fragmentation of platforms” is certainly a contributing factor, but it is one that applies to all forms of consumed media.

Broadcast radio has been affected by podcasts and DAB, printed newspapers and magazines are fighting a losing battle against online and electronic media, and movie theatres have also seen a sizeable decline in attendance that has been disguised by the ever-increasing cost of a single cinema ticket.

That fans are now able to engage with each other -- and in some cases with teams and individual competitors -- during the course of a televised sporting event or in the immediate run-up and aftermath should not be negatively impacting the size of the TV audience.

If anything, it should provide viewing figures with a boost, as has been the case with more traditional lifestyle and entertainment programming.

In the UK, Saturday night shows such as The X Factor and Strictly Come Dancing helped grow their audiences through active use of social media, the online discussion surrounding each episode receiving almost as much press coverage as the events on screen.

Online audiences have become accustomed to double- or treble-screening their weekend viewing, watching the show on live TV while reading a liveblog on their phones and engaging with other fans via #hashtag conversations on their tablet.

It is a means of engaged viewing that will be more than familiar to sports fans, but not one that the sports broadcasters have been able to leverage into the increased audience sizes enjoyed by the likes of the Great British Bake Off.

Given that the decline looks to be a universal one in sports broadcasting, and not specific to Formula 1, it would appear that a new approach is going to be needed if the world’s sports rights holders are going to try and turn the younger generations into committed sports fans, whether it be baseball, football, soccer, motorsport, or anything else you could care to mention.

The increasing costs of accessing an individual sport as either a major broadcaster or as a fan need to be halted (at worst) and reversed (at best).

As things currently stand, battles over larger percentages of an ever-shrinking pie will bear very little fruit when it comes to attracting -- and keeping -- a generation that has come of age not only in a world of austerity, but also during the golden age of internet piracy, a decade-long period in which almost anything you wanted was available for free, as long as you had access to high-speed broadband.

Effective solutions have yet to be found, but the time has certainly come when TV networks and commercial rights holders will have to at least consider the option of loss-leaders if they want to secure the attention and loyalty of their potential audiences in the long term.