Burgess: A call for a U.S. gas tax 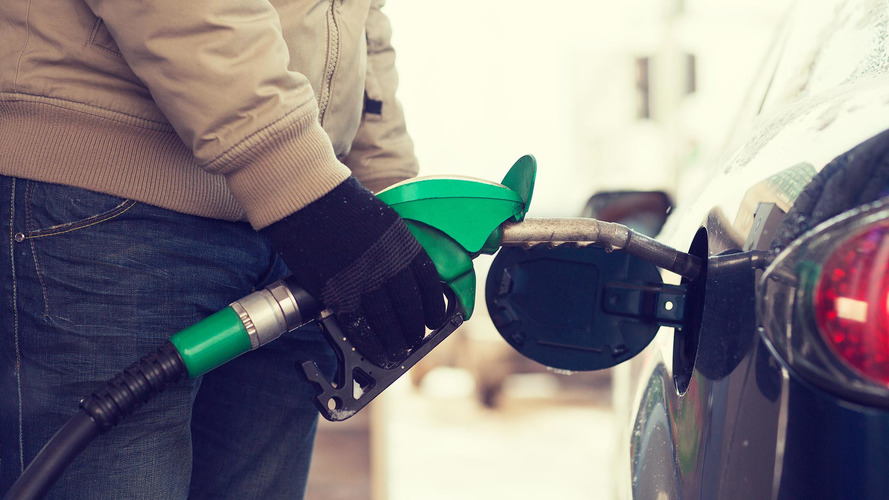 Like eating your veggies and going to the gym: you don’t want it, but you know you should.

This week, New Jersey finally raised its gasoline tax by 23 cents per gallon. The last time it addressed a gas tax, Kirk Gibson was a hero for the Dodgers in the World Series. No one denies that New Jersey needed to do something. The Garden State’s roads look like they were maintained with a rototiller.

Of course, if you’ve been to just about any place in America, you would find similar roads, bridges, and other important infrastructure in similar disrepair. Here in Michigan, we’re beginning to brace for that season that follows winter: Pothole. The freeways in California, the mountain passes in Colorado, the swampy passes of Florida are all in various stages of abysmal.

This is an easy fix. During this upcoming lame duck session of the federal government, one of the few times government actually does anything meaningful because the presidential election won’t start for three more months, the Feds need to pass a $1 a gallon gasoline tax. Seriously, just pass it. Right now, while no one is paying attention. The Federal Government collects 18.4 cents per gallon, while states tack on even more. (The average gas tax in America is 48 cents when you combine the Federal, state, and, sometimes, other entities gouging away at the pump, according to Bankrate.com.) But now is the time to add another dollar to the price.

According to the American Automobile Association, the national average for gas right now is $2.21. Is $3.21 going to change the world? Well, it just might for our crumbling infrastructure. Last year, the Federal highway budget was $46 billion. Assuming Americans don’t change their driving habits when the tax hits on January 1, the new highway budget would add another $138 billion dollars, according to the U.S. Energy Information Administration, which estimates America’s gasoline usage. That’s certainly not chump change, when you more than triple a department’s budget.

It would instantly give government officials the ability to waste tens of billions of dollars on pet projects, bullet trains, and even that stupid human hyperbole-loop. It would also pay for development of electric vehicles – and the fast-charging stations necessary to make them viable – and a slew of other things. Oh, and some of that money could even pay for road repairs. There’d be so much money the government could just fill the potholes with $10 bills, which might be more effective than those asphalt patches designed to break apart and stick to your rocker.

This would give government officials the ability to waste tens of billions of dollars on pet projects, bullet trains, and even that stupid human hyperbole-loop.

Of course, lots of people will shout that this is a bad idea. And even part of me agrees. I have little confidence in our current government’s fiscal responsibility. It is wasteful, foolish, and giving Washington, D.C. more money often seems as futile as voting for one person because you just can’t stand the other one. But our transportation needs a life line. This is it.

There are concerns, such as how these types of taxes become a burden for poorer people and the potential impact on transportation costs. That’s an easy fix. Refund the money at the end of the year or figure out how to create exemptions when they pay. If we want to act like true progressives, transfer the $1 per gallon tax from the poor person to someone in a limo. If I can use my phone to order a pizza, call the office, and order recently worn women’s panties without missing an inning of the World Series, much less standing up, I’m certain some one could figure out how to exempt people from this very necessary tax. As for transportation costs, don’t tax diesel fuel. That might put more people in the few remaining diesel vehicles for sale.

This one-for-all tax could also help do away the mishmash system currently in place, where some states tax gas like crazy and others don’t. Passing this tax can eliminate any future state meddling and freezes their taxing (though really, I’d like to see the state taxes, and their even dirtier sales tax on top of the gas tax, eliminated). This would also help all of those rural communities that get screwed by a gas tax increase voted by a bunch of city folk hundreds of miles away.

There are other ideas that much smarter people have offered including make it a floating tax that changes depending upon the real price of gasoline. For example, always charge $3 a gallon for gas and the tax is between the difference of the real price and $3. (I don’t care for this because it has more potential for corruption.)

More important, taxes are not entirely about money. They are about behavior. When we had the spike in gas prices last decade, people started buying more fuel-efficient vehicles. People began to evaluate when they used their car and when they didn’t. The cost versus benefit became very clear at $5 a gallon. Hybrid sales soared. Big trucks, which 10 years ago had much worse fuel economy, tanked. Carmakers changed their development plans. It was serious.

Now is another time to be serious. A simple but effective $1 per gallon tax on gasoline will work. Giving America a smoother future, safer bridges, and all of those other wonderful but forgettable – until you need them – things that infrastructure provide just sounds like a smart, and necessary, idea.