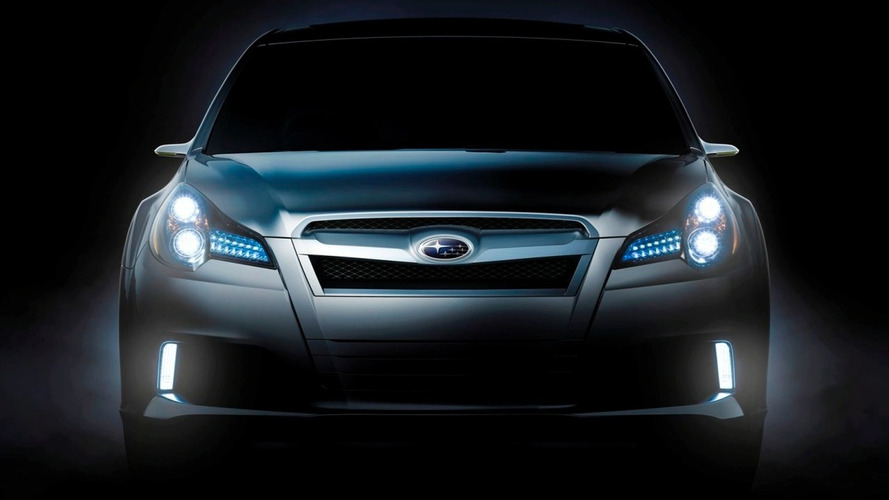 Legacy concept features a 3.6 liter Horizontally-Opposed Boxer engine seen in the current Subaru Tribeca. The concept set debut at the Detroit Motor Show is a strong hint at what the next generation Subaru Legacy will look like.

Bad news yesterday when Subaru said it was pulling out of the World Rally Championship for 2009. But at least they'll still be in Detroit for the North American International Auto Show in January.

Subaru will be presenting the Legacy Concept there to happily celebrate the Legacy's 20th anniversary. The concept is intended hint as to where Subaru will be taking the next fifth generation Legacy when it arrives in 2010.

The Legacy concept features Subaru's 3.6 liter horizontally-opposed boxer engine seen in the current Subaru Tribeca, which sports 258 hp and 350 Nm of torque. The Legacy's largest engine available now is a 3.0 liter with 245 horses and 297 Nm.

Design cues are hard to spot with that sole front-face photo. But certainly the look has become more technologically-themed with the slotted front spoiler beneath the bumper and the LED driving lights.