2017 Ford F-150 Raptor orders have begun, most popular configuration is...

The cheapest 2017 F-150 Raptor money can buy will set you back $49,520 MSRP (including destination charges) for the SuperCab version without any optional goodies. But the thing is, Ford says very few people that have played around with the online configurator have decided to go with the SuperCab, only nine percent to be exact. The other 91 percent have ticked the SuperCrew box, which commands a $2,985 premium raising the starting price to $52,505 (including destination fees).

During the first 10 days since the Raptor build and price site went live, Ford registered more than 90,000 hits and almost 30,000 completed builds, with 90 percent of them featuring the luxury group of equipment adding niceties such as a 360-degree camera and a Blind Spot Information System. The technology package with goodies like adaptive cruise control with collision mitigation and a lane-keeping assistant is also a popular choice, exhibiting a 77-percent take rate.

Ford is offering a total of seven paints for the 2017 F-150 Raptor: Ingot Silver, Magnetic, Lighting Blue, Avalanche, Ruby Red, Oxford White, and Shadow Black, with the latter proving to be the most popular so far. So to recap, the top configuration so far is the SuperCrew in Shadow Black with the luxury group and technology package. 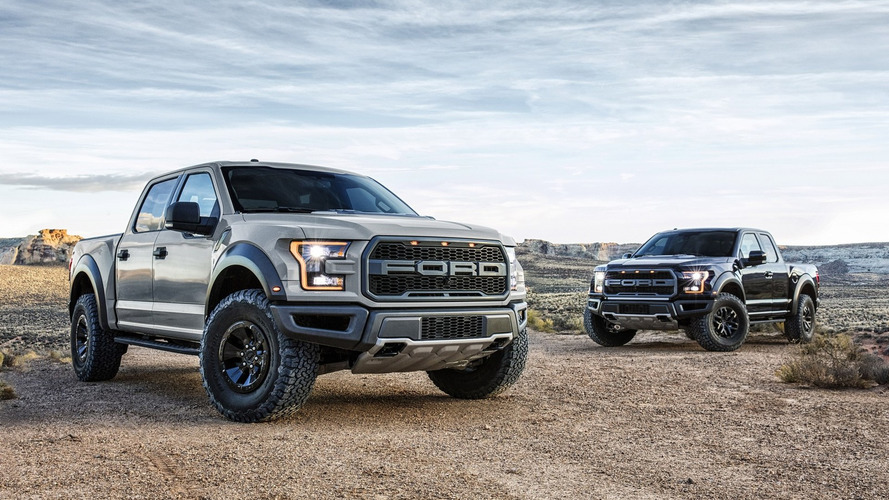 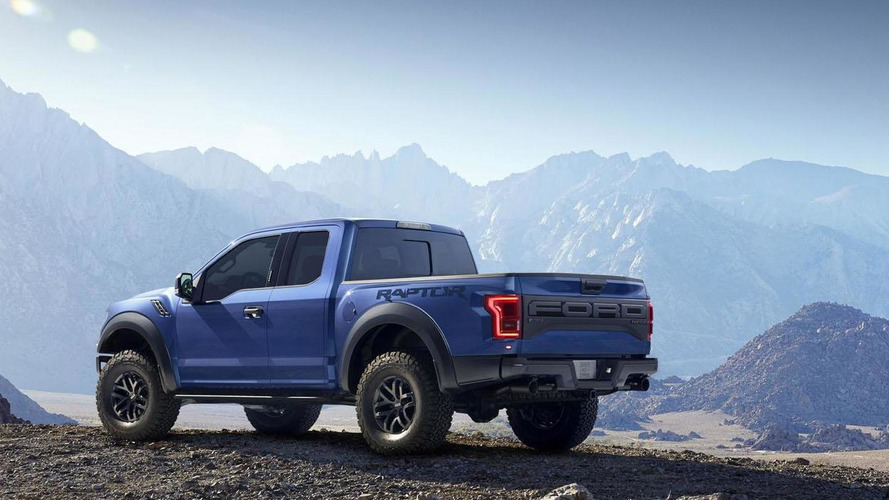 We were curious to find out how expensive the high-performance truck can get, so we’ve played around for a while with the online configurator and bumped the price to no less than $72,965 for the SuperCrew model with all the possible optional equipment available.

At the moment of writing, the largest markets include Texas, California, and Florida, while Team Ford dealership in Las Vegas has already registered close to 300 orders. Interestingly, the Blue Oval company mentions “65 percent of orders are identified as retail orders for a specific customer.”

Regardless of the version you go for, all Raptors share a biturbo 3.5-liter EcoBoost V6 engine with 450 horsepower (335 kilowatts) and 510 pound-feet (691 Newton-meters) of torque channeled to the wheels through a ten-speed automatic transmission. It comes as standard with a four-wheel drive system with a torque-on-demand transfer case, beefy Fox shock absorbers, and it even incorporates a Baja Mode if you plan on doing some high-speed off-roading.

Full-scale production of the 2017 Ford F-150 Raptor will kick off later this month and first deliveries are scheduled for December.

As full-scale production begins this month on the all-new 2017 F-150 Raptor, orders are already pouring into Ford dealerships nationwide. Customer waiting lists are growing, and traffic to the Raptor build and price configurator site on Ford.com topped 90,000 hits in the first 10 days.

Performance, capability and technology improvements across the board make this the toughest, smartest, most capable Raptor ever. With a starting MSRP of just $49,520 for the purpose-built off-road Ford Performance-engineered F-150 Raptor, Ford dealers are seeing interest and already taking deposits on the truck.

Team Ford in Las Vegas has been one of the most successful F-150 Raptor dealers in North America. Owner Steve Olliges, who races Raptor professionally off-road, says he already has nearly 300 customers on a waiting list. He fields two to three calls a day from prospective buyers from across the country looking to place an order. He has to turn many away due to supply allocation limits.

“It’s a great problem to have, but it’s tough, because there’s so much interest in the product,” says Olliges. “We do everything we can to get our hands on Raptor for our customers, whether that’s referring them to other Ford dealers or making calls to find the truck for them.”

While Ford does not publicly disclose production numbers, of the trucks scheduled for production, 65 percent of orders are identified as retail orders for a specific customer. Largest markets so far include Texas, California and Florida.

The first 10 days of the Raptor build and price configurator on the Ford.com website has already seen more than 90,000 hits, with nearly 30,000 completed builds. Of those, 91 percent are SuperCrew. The luxury group, with features like 360-degree camera and Blind Spot Information System (BLIS®), has a 90 percent take rate while Raptor with technology package, including lane-keeping system and adaptive cruise control with collision mitigation, has a 77 percent take rate. Shadow Black is the most common paint color.

“This is one of the fastest and most popular product launches we’ve seen in some time,” says said Rob Rosenbach, Ford F-150 brand manager. “Traffic volume on the Raptor pages is more than five times our other performance vehicle lines, with dealer demand far ahead of expectations. This demonstrates the Ford Performance team hit its mark with the new F-150 Raptor.”