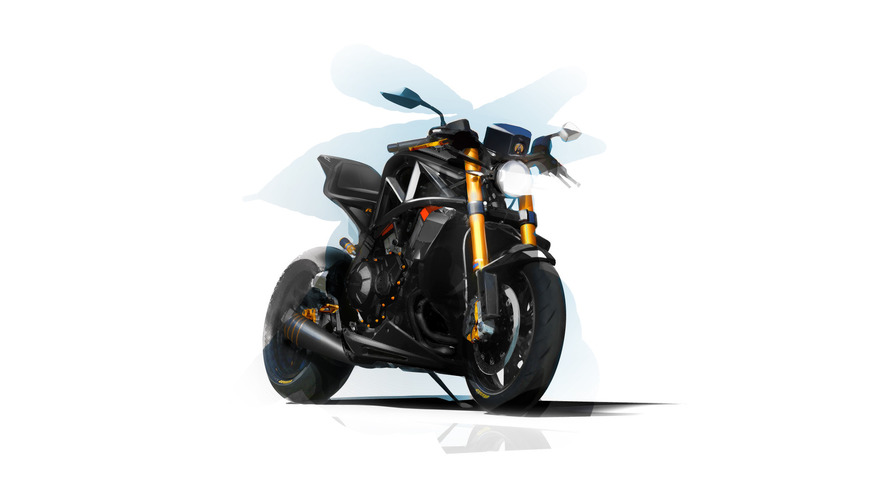 While Ariel is probably most known for its minimalist, motorcycle-like track car in the Atom, or its go-anywhere, do-anything Nomad, the recently-revealed Ace brought that minimalist thinking to an actual motorcycle when it was introduced in 2014. After all, the company was originally founded in 1902 as a motorcycle manufacturer. But now, an even hotter version of said motorcycle is on the horizon.

The Ariel Ace R, which the company teased here in this sketch, shows off a more aggressive set of lines when compared to the standard Ace. Using a tuned 1,237cc Unicam Honda V4, the Ace R will offer “a substantial increase in power” over the 171 horsepower (127 kilowatts), 3.1-second 0-62 mph (0-100 kmh) time, and 165 mph (265 kmh) top speed available on the standard Ace, says the company.

Said to be sold in extremely limited numbers, Ariel expects just 10 examples to be produced pending no further demand, playing off the similar thinking used on “Limited Edition” Ariel models like the Atom V8 and Atom Mugen. Also similar to those models, the Ace R will feature a unique color scheme and set of specifications that separate it from the base version.

Head of the Ariel Ace team, Tom Seibert, stated that “the R has a lot of carbon, a lot of machined aluminum, and a lot of power.” Though we don’t know just how much more carbon or power it will feature over the original Ace just yet, Ariel is expected to make those details known when the Ace R struts its stuff at the Birmingham NEC from November 19-27.