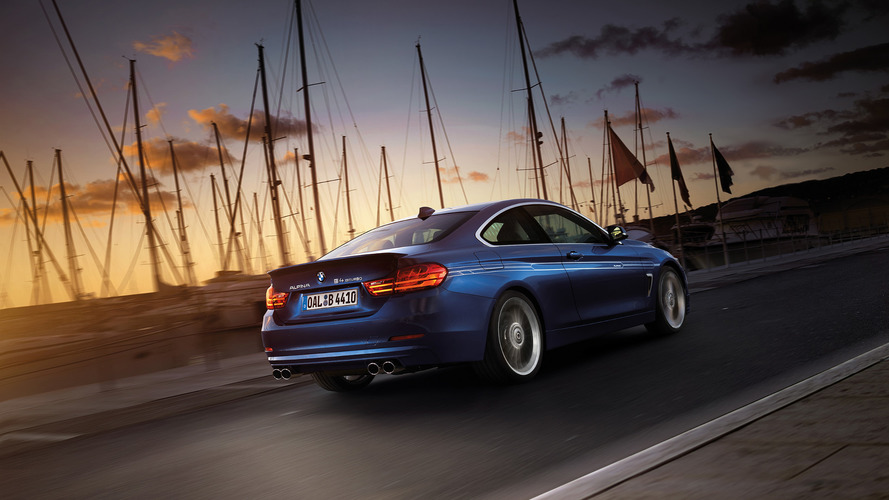 The Alpina brand will begin selling cars in China as early as this month, starting with the B4 Biturbo.

Since the ‘60s, Alpina has been a mainstay feature in the BMW lineup, putting its finishing touches and turbochargers on nearly every vehicle in the lineup. But as successful as the company has been throughout the U.S. and Europe for the past 50 years, just recently it announced its expansion into China, one of the fastest growing markets in the world.

The official announcement was made by Proprietor Sales and Marketing at Alpina, Andreas Bovensiepen, in front of Chinese media members earlier in the week. Included was the arrival debut of the first vehicle to the country, the new B4 Biturbo coupe and convertible.

“By now, China is one of the world’s most important automobile markets,” said Bovensiepen. “We have observed the evolution in this market for a very long time and we believe that this is the right moment for Alpina to become active in China."

Based on the BMW 4 Series, the new Alpina B4 Biturbo produces 410 horsepower (301 kilowatts) courtesy of a turbocharged 3.0-liter straight-six engine. All that power is handled via an eight-speed automatic transmission, and 0-60 mph (0-96 mph) is dealt with in just 4.5 seconds. A range of exterior upgrades, from the wheels, to the exhaust, to the fascia have also been added.

Soon after the arrival of the B4 Biturbo, the B7 Biturbo is expected to follow in 2017, which produces as much as 608 horsepower (447 kilowatts) from a 4.4-liter biturbo V8, and can sprint to 62 mph (100 kmh) in just 3.7 seconds. It will mark the first time the company has made its vehicles officially available on the Chinese market.

ALPINA is expanding its sales network and will from now be officially active in the People’s Republic of China. Prestige Cars Group, which is also a BMW sales partner, will act as the official importer for BMW ALPINA automobiles. Sales activities will commence in Beijing, Shanghai and Shenzhen, where showrooms with a dedicated ALPINA floor space will be established. With more locations already being planned for the near future.

The first model to be launched in China is all-wheel drive BMW ALPINA B4 Bi-Turbo Coupé, which is based on the BMW 4 Series. Andreas Bovensiepen, Proprietor Sales and Marketing at ALPINA, introduced the new model to the Chinese press during the past week. First demonstrator cars and customer automobiles will be available at the three locations as of November. ALPINA is planning to offer more models in China from 2017 on, including their long-wheel base flagship BMW ALPINA B7 Bi-Turbo. The brand’s entry into the Chinese market has been thoroughly planned. Andreas Bovensiepen is aware of the potential there: “By now, China is one of the world’s most important automobile markets. We have observed the evolution in this market for a very long time and we believe that this is the right moment for ALPINA to become active in China. The customers are highly tech-savvy and they appreciate the exclusiveness we offer with our automobiles. We have a strong sales partner in Prestige Cars Group and we’re looking forward to establishing a long and successful presence in China.”