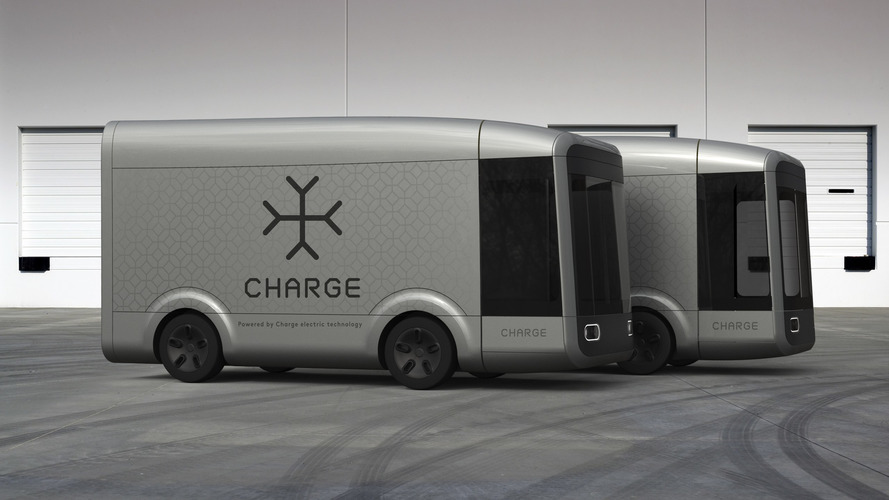 Businessman and entrepreneur Denis Sverdlov wants to beat Tesla to the punch by introducing an array of electric trucks next year.

The company’s CEO took the wraps off the electric truck this week at a London technology conference during which he announced an ambitious goal to have it on sale as early as next year. If everything will go according to the plan, it means Charge will have its product on the market sooner than Tesla’s semi-truck slated to be unveiled in 2017, but unlikely to go on sale before 2018 at the earliest.

Not happy with the current crop of trucks, which he finds to be “totally unacceptable,” Denis Sverdlov aims to revolutionize the transport industry by slashing operating costs by more than 50 percent. In order to do so, the electrified truck will take advantage of composite materials to cut weight and consequently boost efficiency.

Speaking of which, the commercial vehicle will be able to cover up to 100 miles (161 kilometers) without producing any harmful emissions, while for longer journeys a range-extending engine will kick in to fill up the battery and boost maximum range to as much as 500 miles (804 km).

Charge has plans for a complete family of trucks to serve a wide array of purposes, ranging in weight from 3.5 tons to 26 tons. Much like today’s smartphones and some cars, the trucks are going to receive over-the-air updates bringing an assortment of improvements to increase functionality and fix issues without having to take it to a licensed shop.

With a simple push of a button, the eco-friendly truck will be able to drive itself, with Charge saying the truck is being engineered to meet future regulations concerning autonomous driving. Some other companies are already conducting commercial pilot runs with driverless trucks, with the most recent example being an 18-wheeler fitted with hardware developed by Uber-owned Otto that drove itself for 120 miles (193 km) to deliver 50,000 cans of Budweiser.

Charge will inaugurate a factory near the company’s headquarters in Oxfordshire, U.K. where production is programmed to kick off in 2017. Denis Sverdlov has specified the simplicity of the truck’s design will be echoed by the ease of assembly, with a fully-built truck fitted with components developed in-house requiring just four hours of work from a single person. It means Charge will be able to put together as much as 10,000 trucks per year by using 10 men over two shifts on a daily basis.

On a related note, some of you might have heard of Charge from its involvement in Formula E where it has been named as the official electric truck partner. In addition, the Oxfordshire-based company is also busy engineering power electronics and motors for Roborace, a new driverless racing competition created as a Formula E support series.

Businessman and entrepreneur Denis Sverdlov today revealed the future of electric trucks live on stage at a London technology conference, showing the latest model in a range of electric vehicles being developed for sale in 2017 by his automotive technology company ‘Charge’.

“We find trucks today totally unacceptable. At Charge we are making trucks the way they should be – affordable, elegant, quiet, clean and safe. We are removing all the barriers to entry for electric vehicles by pricing them in line with conventional trucks, giving every fleet manager, tradesman or company, no matter how big or small, the opportunity to change the way they transport goods and make our towns and cities better places to live in.” Denis Sverdlov, Charge, CEO

The vehicles are built using revolutionary ultra-lightweight composite materials that significantly reduce the weight of the vehicle and by combining this technology with Charge’s custom built hardware, including power electronics and motors, they have been able to reduce the cost of operating by more than 50%. In an industry which is driven by price and weight this will help to transform the highly complex logistics sector.

All vehicles receive over the air updates like a smart phone and are autonomous ready, built for future driverless regulations and ready at the push of a button. The Charge trucks also produce zero emissions for the first 100miles they travel, for longer journeys a dual mode can be used to ‘top up’ the battery and extend the range to 500miles.

The design simplicity is reflected in the ease of assembly; it will take One person just Four hours to build an entire Charge truck. Meaning just 10 men, over 2 shifts a day can assemble 10,000 trucks a year. As Charge scales operations globally this will allow them to serve the huge demand. The first of many new factories will open in 2017 near their current HQ in Oxfordshire where the first Charge trucks were designed and built.

The Oxfordshire-based company is also working closely with Roborace – the world’s first driverless electric racing series developing key components like the power electronics and motors for the Robocar which is already setting new benchmarks in driverless, electric development history.

Earlier this year Charge became the official electric truck partner of Formula E using its prototype truck for the driver parade and logistics on and off the tracks which are built on city streets. A partnership that helps to further improve final design and production.