Mad genius creates 'Grand Camino' - and it could be yours 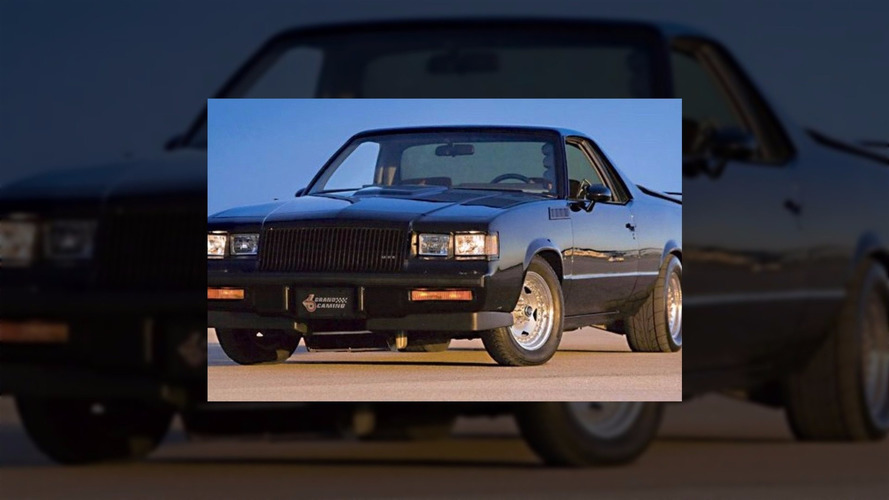 We can’t believe we’ve never seen this done before: a Buick Grand National crossed with a Chevrolet El Camino to create a thing of extreme awesomeness. And it is for sale right now on eBay.

Both the mid-1980s Grand National and the El Camino were based on General Motor’s mid-size G-body platform. You would think, therefore, that splicing the front end of one onto the other would be a fairly simple operation, but it seems not.

Rather than do a direct swap, the builder grafted the ‘87 GN front fenders into the existing ‘84 El Camino fenders - a rather involved operation. The GN mood then had to be modified to match before the front panel, grille, and bumper were swapped over.

Around the back, the tailgate has been smoothed over and a license plate recess let into the roll pan. A fiberglass bed cover topped with a GN rear spoiler finishes the bodywork off.

The interior, meanwhile, has been switched over completely, apart from a few bits that are unique to the El Camino.

Under the hood, the motor is something really special. The 4.1-liter, V6-cylinder block is one of only 50 modified castings produced by Buick Motor Sports in 1994. It was put together by Jay Wilker, a former mechanic with the Richard Childress NASCAR team, using a laundry list of high-spec components.

The induction and exhaust systems, cooling and fueling were built to the same standard, and a beefier automatic transmission capable of handling 1000 horsepower (746 kilowatts) installed.

The “Grand Camino” took seven years to build and cost $95,000 in parts alone. Since it was completed in 2004 it has featured in magazines and won awards. At the time of writing, bidding is short of the $55,000 Buy It Now price with a day remaining.

Someone is bound to snap it up for that kind of money. Where would you find another?