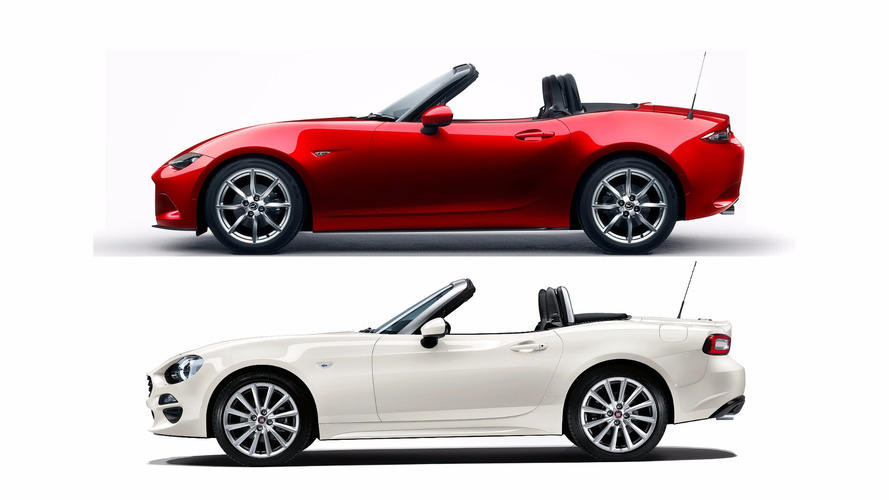 The little roadsters share much but which do buyers prefer?

We know that the Fiat 124 Spider and Mazda Miata are more or less the same car. The sheetmetal is different and the Fiat uses a turbocharged engine where the Mazda is only available with naturally-aspirated motors. But underneath, they are all-but identical. They are even built in the same factory in Japan.

Many commentators have been wondering which one will win the sales race. The purer, more focused Mazda, or the plusher, more livable Fiat? Sales figures for October have been released, and it is a very close fight.

Fiat sold 444 124 Spiders during October, while Mazda moved 505 examples of the Miata. That difference of 61 units translates to a race that could not be tighter.

If you are thinking those numbers are not all that impressive, you are not wrong, as both represent the cars' worst sales month of the year so far - Fiat only shifted one 124 in June, but that was its first month on sale.

The Miata’s number marks a 53.5 percent decline from the total in October 2015. However year to date sales are actually up from 7,153 to 8,345 through the end of October.

The 124’s cause could be helped by Fiat’s offer of a $500 incentive, which is available until the end of November - Mazda does not offer any incentives at all on the Miata. The reduced price brings the cost of an entry-level 124 below that of the equivalent Miata, as well.

Having missed seven months of the year, it is unlikely the Fiat will outpace the Mazda on year-end totals. But comparing the five months they will have been in direct competition will be an interesting exercise.

What do you think? Will U.S. buyers ultimately prefer the sharper Miata, or the more cosseting 124 Spider? And what effect will the upcoming, targa-topped, rather stunning Miata RF have on the situation?