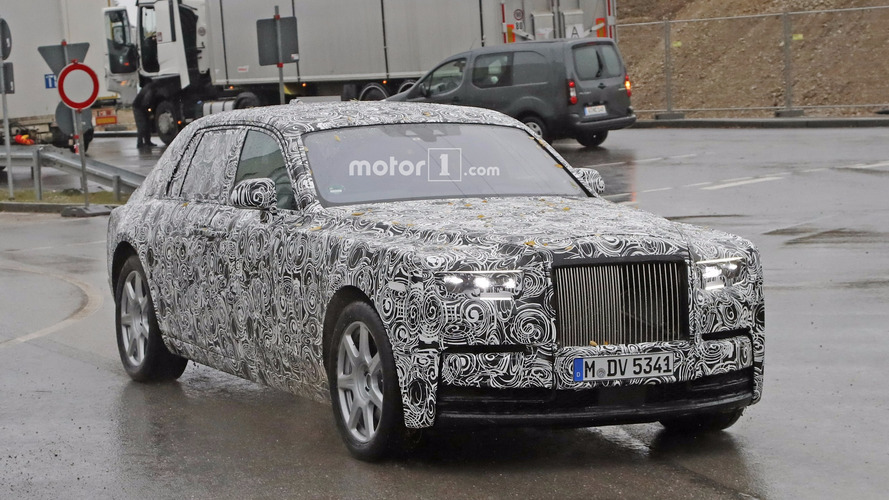 The stately sedan has been spied up close, and this time around it didn't have those add-on body panels concealing the real metal.

By losing some of the disguise, the next-gen Phantom spotted here testing as a prototype is showing more of the same styling, with Rolls-Royce’s design department deciding to play it safe by taking the evolutionary path. That being said, there are several changes worth noting, such as the taller and more imposing grille flanked by a pair of sharper headlights lending the Phantom a more chiseled front fascia.

The rest of the car is pretty much in line with the outgoing Phantom VII, but once the camouflage will come off entirely, there are going to be some additional changes. Already we can notice the taillights have a slightly different shape, while the C-pillar appears to be a tad sleeker to enable a slightly more sloped roofline giving the new model a more modern appearance.

Speaking of modern, the interior cabin will be subjected to more extensive modifications as in one of the spy shots we can easily observe a dual screen layout akin to the Mercedes-Benz S-Class. We can understand that bigger and bigger displays are all the rage these days, but seeing them in a Rolls-Royce might be considered by someone as sacrilege. Maybe the Goodwood-based marque will decide to offer both classic dials and a digital instrument cluster as a way to please both worlds, but it’s only an assumption at this point, so those in the market for a new Phantom shouldn't get their hopes up too high.

The 2018 Phantom will basically be an all-new model taking into account it will ride on an all-aluminum structure bound to bring a healthy weight loss. This test vehicle appears to be based on the short wheelbase model, but an LWB will also be available with a lot more extra legroom for those sitting in the back. Rolls-Royce through the voice of its boss Torsten Müller-Otvos has already announced the Phantom Coupe and Drophead Coupe will not live to see another generation, a decision which makes sense now that RR has the Wraith and Dawn.

The next-gen Phantom will likely be unveiled in the second half of 2017 and go on sale either by the year’s end or early 2018. It’s going to be followed about a year later by Rolls-Royce’s very first SUV, called “Cullinan.”