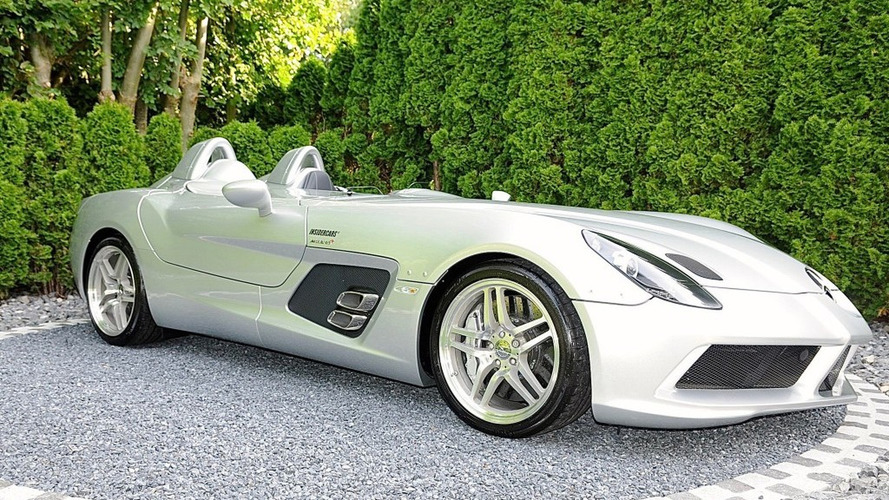 The rare speedster can be yours for a hefty $2.88 million.

A shiny new Bugatti Chiron begins at a cool $2.61 million, but you’ll have to fork out around $250,000 more to own this 2010 Mercedes SLR Stirling Moss. It’s one of the 75 speedsters ever made and appears to be in pristine condition, as it should be taking into account it has been driven for a mere 4,800 kilometers (2,982 miles).

All vehicles were manufactured between June and December 2009 and sold exclusively to owners of the regular SLR. It’s without any doubt one of the most spectacular cars to wear the three-pointed star badge and was the penultimate SLR-based version to come out, being succeeded a year later by the SLR McLaren Edition produced in 25 examples.

Taking inspiration from the iconic 300 SLR, the carbon fiber-bodied speedster has a supercharged 5.5-liter V8 engine with 650 horsepower (478 kilowatts) channeled to the rear wheels through a five-speed automatic transmission borrowed from the SLR 722. The hardware granted the hardcore special edition with a sprint to 62 mph (100 kph) in less than three and a half seconds and onto a top speed of 217 mph (350 kph). These staggering performances prompted Mercedes-Benz to say “no other series-production car is at the same time so open and so fast” when it unveiled the car at NAIAS in January 2009.

The SLR Stirling Moss was never offered with a proper roof, but it did come with two tonneau covers stored in the trunk. Mercedes said that with both of them in place, the car resembled a sculpture, while the so-called “swing-wing doors” and the absence of a windshield made it even more special.

The 2.80 million CHF (about $2.88M / €2.59M) asking price of this particular car is downright insane if we take into account back in the day it was available for €750,000. That being said, such rare cars are seen by many as an investment, so we won’t be too surprised if someone will pay close to $3 million and then patiently wait for the car’s value to increase in order to sell it at a profit some years from now.