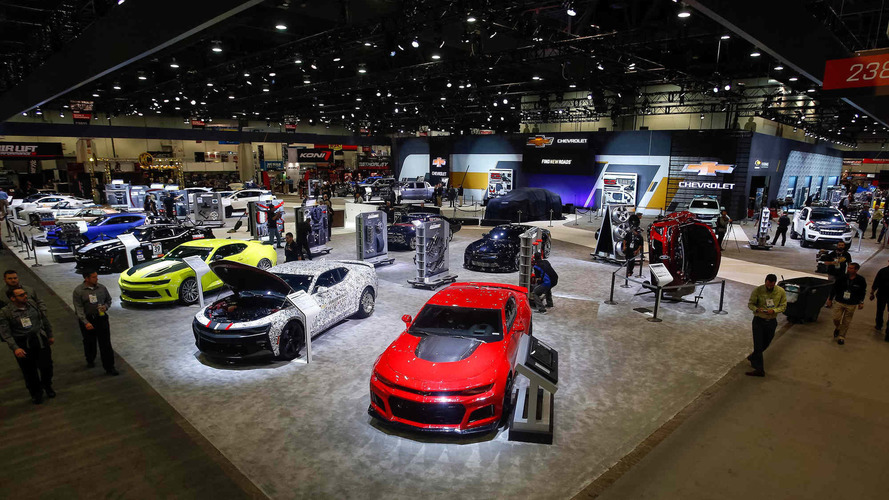 Through all the modifications and body kits, five stand-out vehicles grab our attention.

Picking our favorites from the SEMA Show is a real challenge. Not only are there are a million square feet of show floor to cover and plenty of automotive content sitting outside, selections also depend on what type of vehicle or custom style you are into.

To keep it simple, we’ll stick to vehicles with four wheels that we’ve talked about on the pages of Motor1. Selected by our team on the ground in Las Vegas, these are the five vehicles we like the most.

If you ask me, the showstopper here at SEMA was the Frankenstein motor swap of the Gumout Toyota GT4586. A Ferrari 458 Italia was robbed of its mid-engine powerplant for this Toyota 86 drift car build. The 4.5-liter, 570-horsepower V8 is a screamer with a 9,000 rpm redline. The once-mid-engine mill is mounted up front in the Toyota’s lightweight chassis, featuring uncorked exhaust headers and dump pipes that spit flames and sound even better than they look.

Guess what: there are lots and lots of Jeeps at SEMA. This one from Mopar, however, is far and away my favorite. It’s a mash-up celebrating all the best bits of Jeep’s heritage, with parts from three different generations of Jeep. What I love is that it’s not too extreme: there are Wranglers on show here that are so ludicrously over-modified that they look like caricatures. This one could, clearly, still handle rugged terrain, but it’s a little truer to the look and feel of classic Jeeps of yore.

I’ve been attending SEMA for 15 years now and can’t recall ever seeing a Ford Maverick at this show. Why? Probably because no one loves the car enough to spend countless hours maintaining and dumping cash into this relic. When I was a kid, I thought it was a deluxe Pinto and hated them even back then. But Fast and the Furious actor Sung Kang has put together an interesting build with a dose of Japanese flavor, Detroit iron, and modern technology with an EcoBoost 2.3-liter four-cylinder engine under the hood.

So often, all the focus at events like SEMA is on big horsepower from V8 engines – supercharged this, Hemi that, and so on. This Chevy Camaro AutoX concept, however, catered to people who care more about darty handling than big-block motors. With suspension tweaks, a GoPro mount out front, and mounts for a helmet and fire extinguisher, it’s a perfect look at how a Camaro owner who wants the 2.0-liter turbo-four engine and still have plenty of motorsports fun.

I’m a sucker for military-spec vehicles, and this one caught me off guard. Chevrolet had a handful of SEMA debuts with mostly predictable (and forgettable) customs, but the hydrogen-powered ZH2 appeared to be straight out of a dystopian future military movie. After the covers dropped, it was obvious that this is definitely a working prototype with all the proper running gear, despite its concept-like appearance. Indeed, this Colorado-based creation is headed to the United States Army next week for testing, but Chevy decided to show it at SEMA first. My features are the styling, the monstrous power inverter in the bed, and four Recaro racing seats complete with four-point harnesses.