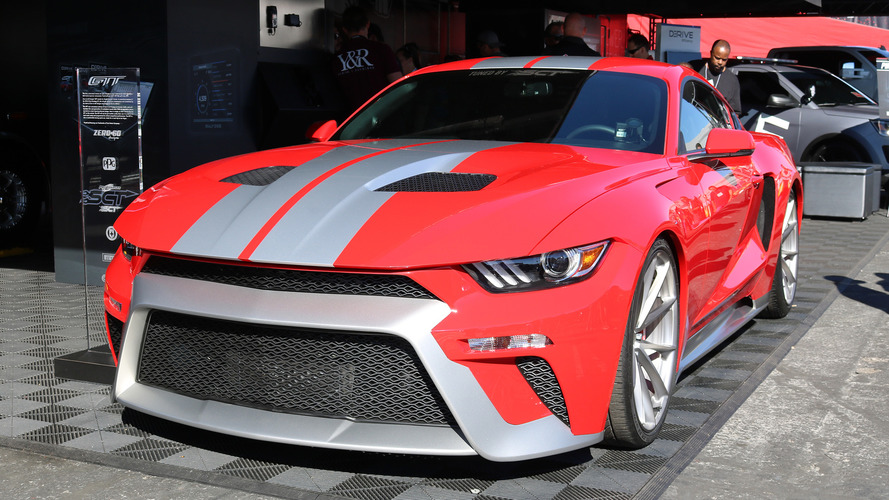 Zero to 60 Design is showing of its GT-inspired Ford Mustang at this year’s SEMA show.

What’s that about imitation being the sincerest form of flattery? Ford’s lawyers apparently didn’t get the memo, and have already fired off a cease-and-desist letter to Zero to 60 Design, the California-based company responsible for this Mustang GTT. Designed to pay homage to the Ford GT supercar, all of its bodywork is new and was custom fabricated at the company’s facility in Corona, California.

Built off a brand-new Mustang GT coupe with just 300 miles (482 kilometers) on the odometer, the car went from stock to its current form in just six weeks’ time. In fact, the car was only completed last Wednesday – just in time to get on a truck on Saturday and make it to SEMA by Monday.

Every body panel (besides the roof, a structural component) has been replaced with composite panels fabricated by Zero to 60 Designs. The entire look riffs on the Ford GT, with its circular taillights, swooping hood, integrated trunklid spoiler, and abundant vents and flares.

Up front, the 5.0-liter V8 engine has been augmented by a supercharger and cranks out a claimed 800 horsepower (597 kilowatts). New 22-inch wheels wear Pirelli P Zero rubber, and Brembo brakes and Eibach suspension round out the upgrades.

Of course, the Ford Mustang GTT is not just a show car. It’s headed into limited production in 2017, and Zero to 60 Design representatives say they’ve already received three or four inquiries about ordering one. Assuming, of course, Ford lawyers don’t try to litigate the entire endeavor to a halt.