Ferrari World Finals at Daytona for the first time 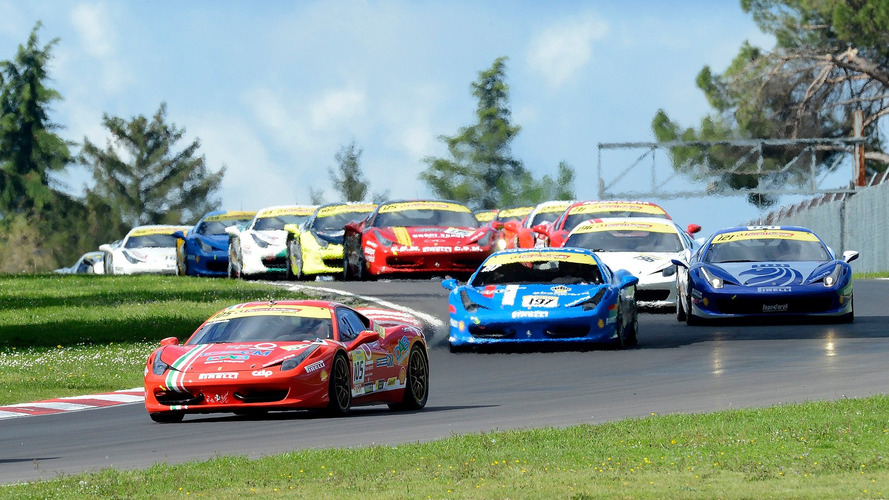 F1 demonstrations, displays, and six Ferrari Challenge races will be held during the event in December.

Ferrari will return to the scene of two of its biggest wins when it holds the Ferrari World Finals at the legendary Daytona International Speedway next month.

It’s the first time the event has been held on the American continent. It’s also the first time the Italian marque’s Formula 1 cars have ventured onto the tri-oval. Though the Scuderia has taken 11 wins Stateside, F1 has never visited Daytona.

The F1 team will be demonstrating its cars in tire-smoking standing starts, pit stop simulations, and high-speed runs around the banking. Drivers Sebastian Vettel and Kimi Raikkonen are bound to appear, but Ferrari has not revealed exactly when.

The FXX, 599XX, and FXX K from Ferrari’s customer car development XX Program will indulge in several track sessions throughout the event, as well.

The centerpiece of the whole event, though, are the six Ferrari Challenge Trofeo Pirelli races. Drivers from the European, North American, and Asia-Pacific series will fight it out in their 458 Challenge Evo machines to claim the world championship title.

Bjorn Grossman holds the points lead in the European series, while Carlos Eduardo Kauffmann heads the North American standings, and Florian Merckx tops the table in the Asia-Pacific series.

The new 488 Challenge racer will also be unveiled, ready for the 2017 season.

The Ferrari World Finals takes place from December 1 to December 4.