The BAC Mono is faster than the McLaren P1 GTR 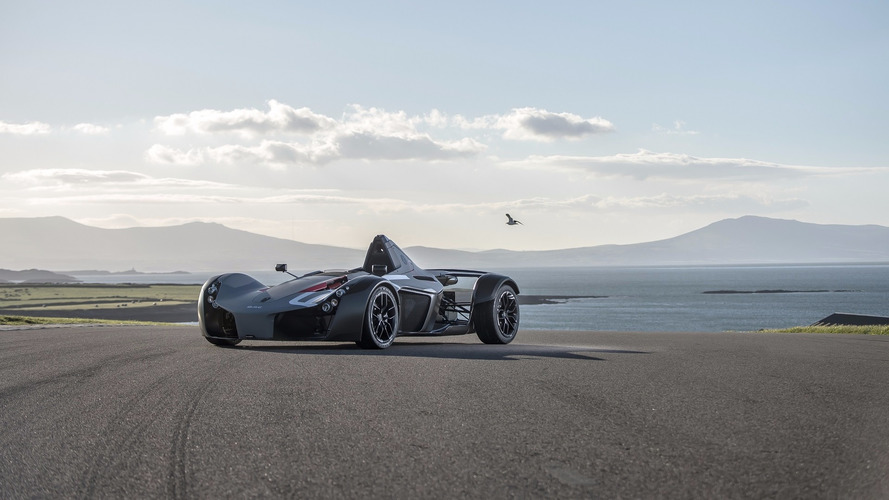 The flyweight British sports car has jumped to the top of evo magazine's fastest lap board at the Anglesey Circuit, beating the P1 GTR by a whole second.

The BAC Mono has put in another giant-killing performance, jumping to the top of evo magazine’s fastest lap board.

The Coastal layout at the Anglesey Circuit, named after its island home just off the coast of Wales, is notoriously tricky. It’s fast, technical, and features a fearsome, downhill corkscrew near the end of the 1.55-mile (2.49 kilometers) lap. The outright lap record stands at 1:01.741, set by club racer Sylvester Mullins in his Judd-engined Gould GR37 single-seater.

Perhaps most astonishing of all, the Mono is entirely road legal, unlike the P1 GTR and the third-placed Radical RXC Turbo 500, which could only manage a 1:10.50 lap. The likes of the McLaren P1, Porsche 918 Spyder, and Ferrari 458 Speciale don’t even get a look in, all being at least three-and-a-half seconds slower than the little Mono.

Now into its second generation, the Mono is powered by a Ford Duratec-based, 2.5-liter, four-cylinder engine, built by Mountune, that serves up 309 horsepower (230 kilowatts) and 229 pound-feet (310 Newton meters) of torque. In a car that weighs just 1,279 pounds (580 kilograms), thanks to the use of high-tech materials like graphene.

The Mono also holds the road car record for the Goodwood hill climb course, and the Top Gear test track. It even lapped the Hungaroring some nine seconds quicker than the 458 Speciale on a 1:54.00 - only about 31 seconds off Kimi Raikkonen’s lap record during this year’s Grand Prix.

BAC co-founder Neill Briggs said: “We are incredibly proud of this achievement. Our talented team work tirelessly to make the Mono the ultimate driver’s car, and it certainly proved its worth with evo.”

Driver Meaden added: “The record lap felt very quick, but even I was shocked by just how quick it was. Beating the McLaren P1 GTR by that much is simply staggering.”

The Mono’s lap features in issue 229 of evo - on sale now - and a film of the lap will be posted on the magazine’s Youtube channel next week.