Project Underdog by Fast and the Furious star drops cover 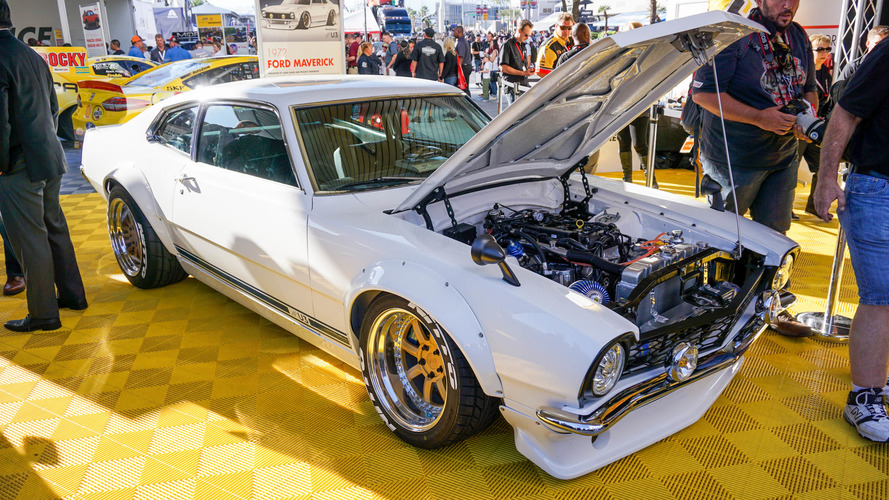 You know Sung Kang from the Fast and the Furious franchise but respect him for the FugaZ, and now he's back with some Detroit iron.

Many enthusiasts respected Paul Walker for his involvement in the car scene that he portrayed in the movies. Plenty of famous folks are legitimate car fanatics too but another Fast and the Furious series star has stepped up in recent years to explore his passion for all things automotive.

Actor Sung Kang has appeared as character Han in three of the Fast and the Furious franchise movies and his real life endeavors now follow his art. Last year Kang debuted a highly publicized car build based on the Datsun 240Z chassis. Dubbed the FugaZ, the heavily modified car made waves with its clean approach to Japanese style and high dose of performance. But now, Kang is back and this time with a very much unloved Ford product he named "Project Underdog," which like the Z, had a documentary made outlining the build process of this 1972 Maverick.

“If I were a car, I would be the Maverick,” said Kang, who first drove a Maverick while filming years ago. “The Maverick has always been underappreciated, overlooked and undervalued… The Underdog.”

The project was a collaboration of the right partners and sponsors to draw it all together. Kang selected a few future automotive technicians from Alhambra High School in Alhambra, California to work alongside veterans like project manager Steve Strope. The sponsors lined up for the opportunity to be involved including: Shell / Pennzoil, NITTO Tires, GReddy, Rocket Bunny, and Samsung.

Kang flexed his star power and social media muscle to spread the word about the build progress taking place at the SEMA Garage in Diamond Bar, California. His Facebook page has been following the entire saga and various YouTube channels including that of Gas Monkey Garage hosts the build videos. The engagement has been substantial and the anticipation for the SEMA Show reveal on day one assembled crowds around the Shell display where the car sat under cover.

When the covers came off, we saw much of what the earlier sketches suggested. Yes, it was in fact Ford's ugly child the Maverick but in a stylish Japanese hot rod flavor with a bit of a plot twist under the hood. When the lid was popped, what we saw underneath was true to the brand but more in line with modern day performance. Kang sourced a Mustang 2.3-liter EcoBoost four-banger to push around the old Mav and a load of modern upgrades to bring the over 44-year-old Ford into this millennium.

Ford rewarded Kang and crew for the effort with a prestigious Ford Motor Company Corporate Design Award for the 2016 SEMA Show.