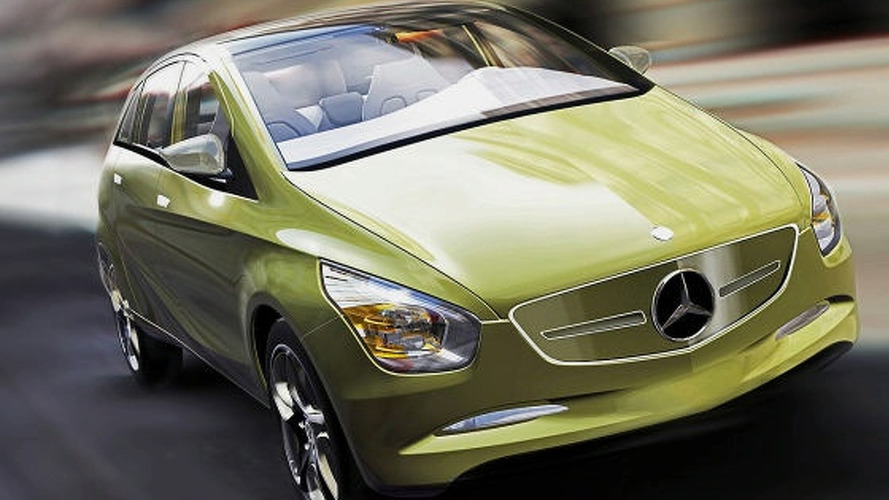 Want to see the latest innovation from Mercedes Benz? Look no further. Their BlueZERO concept car will debut in three different models for three different types of people.

Today we're bringing you an animated video of the Mercedes-Benz BlueZERO concept car. Slated for introduction in Detroit next month, the concept comes in three different flavors.

The video shows a fairly standard shaped five-door hatch, with some fine detailing lines and bends accentuated in the side paneling. This animated version has five-spoke wheels, a glass top, and a snub-nose at the front that -from above- makes the front of the car look like a hammerhead shark.

All three versions are based on the B Class model, including the all electric BlueZERO E-Cell. The EV includes lithium-ion batteries, a 100 kW (136 hp) electric motor and 320 Nm of torque. Mercedes is exploring the idea that people are more interested in a short-charge short-distance vehicle with this concept. Charge time is two-hours, but the range is a scant 100 km (62 miles).

In case you want an electric vehicle, but not as concerned with being zero emission, the BlueZERO E-Cell Plus includes the same battery and motor as its brother, but also comes with a small combustion engine which works as an electricity-producing generator. The turbocharged three-cylinder petrol engine comes from Smart, and will extend driving range to 600 km (373 mi).

Finally, MB will show us the BlueZERO F-Cell, an electric vehicle powered by a hydrogen fuel-cell. The last engine is comparable to a 2.0 liter diesel engine also with 100 kW (136 hp) and 320 Nm of torque, but only emits droplets of water.

Each model serves its own purpose, with different ranges, fuels, and technology supports. As most automakers are competing for longest-range EVs despite battery charge time, MB is going a slightly different -and perhaps more innovative- route. No doubt, the Mercedes-Benz BlueZERO concept trio is an experiment meant to gather public opinion to see what people want most: a greener car, shorter charge time, longer range, or more power.