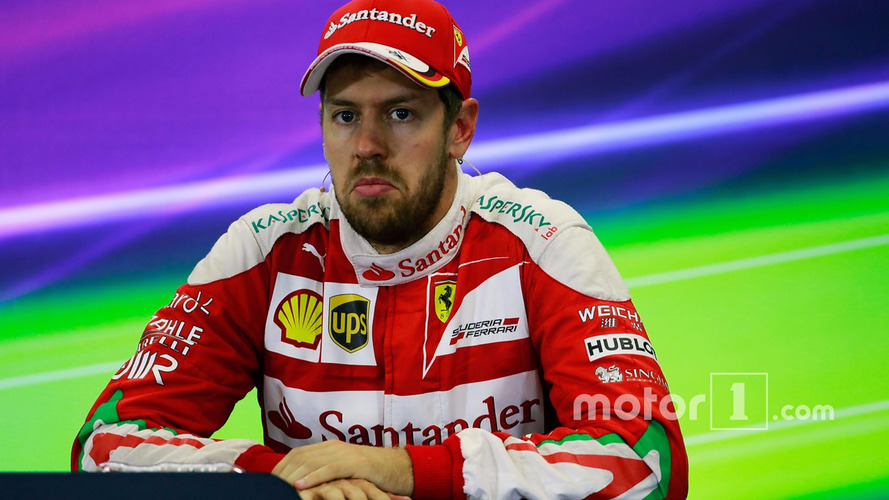 Sebastian Vettel’s radio outburst against Formula 1 race director Charlie Whiting in the Mexican Grand Prix is being looked into by the FIA, Motosport.com has learned.

The Ferrari driver was left angry in the closing stages of the Mexico City event when the FIA did not immediately order Max Verstappen to move aside for him after having cut across the track to retain third place.

After initially venting his frustration at Verstappen, Vettel then shifted his focus to Whiting, who was spending his time working out if rules had been broken.

Vettel: “I mean, am I the only one or are you not seeing what I’m seeing? He’s just backing me off into Ricciardo [bleep].”

Vettel: “Yeah! You know what? Here is the message for Charlie: [bleep] off! Honestly, [bleep] off.”

Vettel’s swearing caused considerable controversy, and the four-time World Champion went to see Whiting immediately after the race to apologise.

However, despite there not being an official statement from the FIA on the matter yet, it is understood that the governing body is taking the matter seriously and is looking into it to see if any action needs to be taken.

Should it believe Vettel's behaviour is not acceptable, then a more formal investigation could be triggered to work out if Vettel actually broke any rules.

While the FIA could decide that Vettel’s apology to Whiting was enough, it may elect to take a hardline approach to the matter. It is not impossible that Vettel is charged for the following breaches of the FIA International Sporting Code:

12.1.1.f Any words, deeds or writings that have caused moral injury or loss to the FIA, its bodies, its members or its executive officers.

Penalties for a breach of the rules can include a reprimand, a fine or even suspension from an event.

Vettel’s old Red Bull boss Christian Horner was one of those who said that he would be surprised if Vettel was not sanctioned for what happened.

“In any sport, what you cannot do is give abuse to the referee essentially,” he said. “So, I would be surprised if that went unreprimanded."