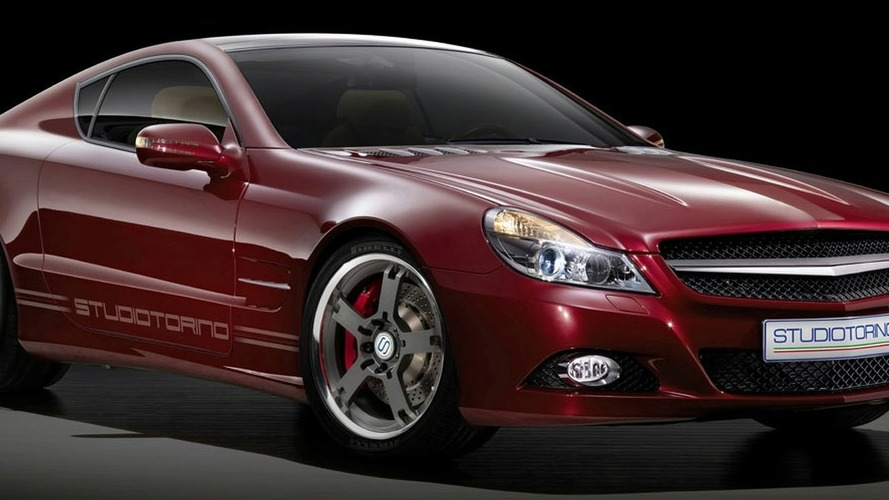 Studiotorino has restyled the Mercedes SL into a Ferrariesque fastback coupe called Coupetorino as part of the 2008 World Design Capital program.

Named the Coupetorino, the convertible Mercedes has been converted into a hardtop with a Ferrariesque backlight. Other styling changes include a new front fascia, a restyled mesh grille and other body modifications. The 1:4-scale model shown was hand-sculpted into its current form. Whether or not the Coupetorino actually retains its Mercedes identity is a matter of debate, but it's definitely an interesting concept. The Italianate Mercedes styling exercise has been informally presented to Mercedes Design Center, though there's no word as to what Mercedes thought of it or if a full-scale version will be built.