Mercedes C300d 4Matic not coming to U.S. after all 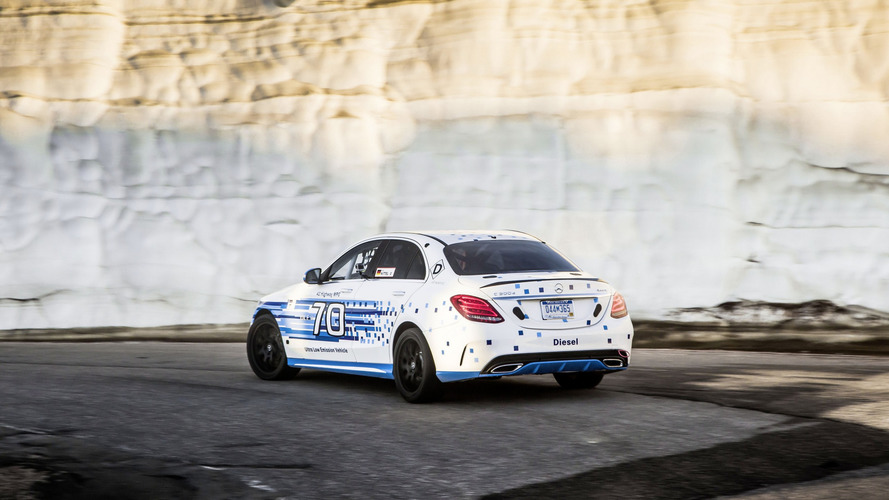 It was supposed to go on sale some months ago, but Mercedes-Benz USA postponed its launch and has now dropped plans of bringing the diesel-powered C-Class.

It seems the ongoing Dieselgate in United States is having repercussions not just at Volkswagen, but also at Mercedes where plans to launch the C300d 4Matic have been dropped altogether. The U.S.-spec version was originally scheduled to go on sale earlier this year, but because certifying new diesels in the U.S. is more time-consuming and challenging than before the Dieselgate, Mercedes has decided to avoid the hassle by axing the diesel C-Class.

As Car & Driver points out, the decision does not come as a consequence of breaking any EPA regulations. Mercedes thinks it’s not really worth it making all these efforts with the certification to have the C300d 4Matic launched in United States since projected sales aren’t that great. That’s why the company with the three-pointed star logo is now channelizing its efforts on getting EPA’s stamp of approval for a diesel GLS, which would make more sense in the U.S. for Daimler.

Getting back to the C300d 4Matic, the model was actually previewed back in June last year by a near-production prototype (pictured above) in U.S. specification at the Pikes Peak. It managed to take down the record for a series production car after test driver Uwe Nittel completed the 12.42-mile (19.99-km) route in 11.37 minutes. At that time, Mercedes said the all-wheel-drive C300d was able to return 42 miles per gallon on the highway and was the very first diesel-powered U.S. model to undercut the American ULEV 70 emissions limits, but that doesn’t really matter now since it’s not hitting stateside anymore.

In regards to other potential diesel Mercedes models for U.S., details are scarce right now. The GLC300d was on the agenda at some point, but it’s too soon to say whether it will actually make it or it’s going to have the same fate as the C300d 4Matic.

Gallery: 2015 Mercedes C-Class goes into production in the U.S.