The chunky tires are a sign the Challenger American Drag Racer will be anything but a sleeper.

The current-generation Challenger has been around for more than eight years, so it shouldn't come as a big surprise Dodge is preparing an all-new model due to arrive in 2018 and ride on the Giorgio platform expected to shave off as much as 500 pounds (227 kilograms). But the outgoing car still has some life in it and it’s getting ready to spawn two derivatives to serve as the model’s last hurrah.

The first of the bunch is going to be Challenger GT, an all-wheel drive version previewed last year at SEMA with a Mopar-ized concept. It’s bound to arrive before the year’s end with a 3.6-liter V6 hooked up to an eight-speed automatic transmission and is going to be followed at some point next year by this, the American Drag Racer. Unlike the GT, the ADR will have a tail-happy rear-wheel drive layout and will stand out from the Challenger lineup thanks to a wide body, but unfortunately this prototype doesn’t have it. 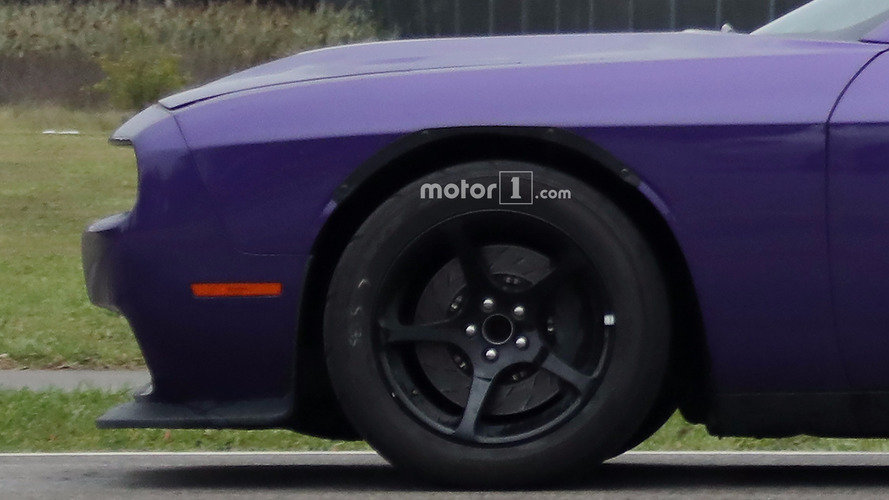 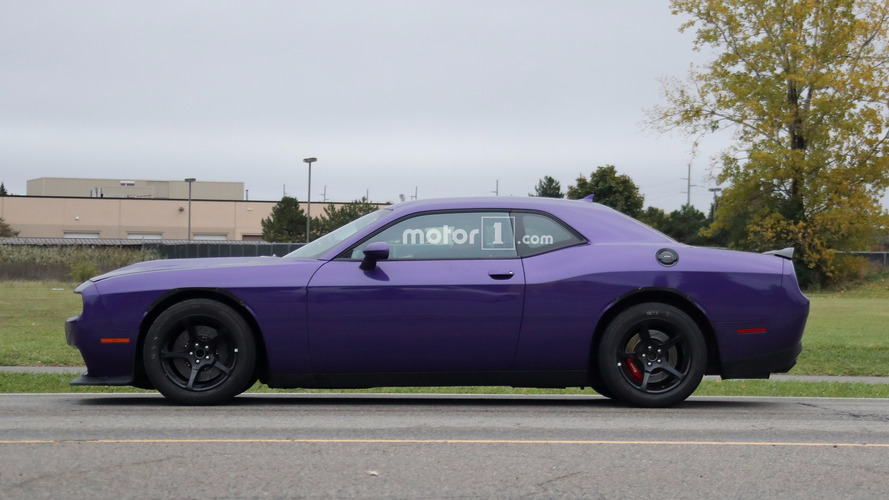 What it does have is a set of fat tires capable of putting those 707 ponies generated by the supercharged 6.2-liter V8 to the road in a more efficient way. Wider tracks are also on the agenda, while some other mechanical changes could be in tow for the meaner RWD Challenger. As if 707 hp wasn’t already impressive, rumor has it the Challenger ADR could get more power, but it’s better to wait for the official release to find out whether the Hellcat engine will indeed get even stronger than it already is.

The prototype, which was carrying a manufacturer license plate, was spotted undergoing test in Auburn Hills, Michigan near SRT’s facility. The production version is expected to take a bow as early as next spring and won’t be available for a long time taking into account the all-new Challenger will arrive in 2018.