We hope someone at Maserati takes the MC12 VC out of the company's museum and drives the supercar occasionally.

Maserati hasn’t built the MC12 for about a decade but the German tuners at Edo Competition have found new magic in the old supercar. The firm worked with Italian automaker on a one-off MC12 Versione Corse (VC for short) to create a road-going version of the circuit-only limited edition.

After production ended of the standard MC12 with 624-horsepower, Maserati built a dozen examples of the track-only Corse. It was essentially the racing version made available to wealthy customers, and the updates uncorked the 6.0-liter V12 to a full-throated 744 horsepower (555 kilowatts). Edo Competition even converted one for the street, but the firm tried something a little different for the new VC. 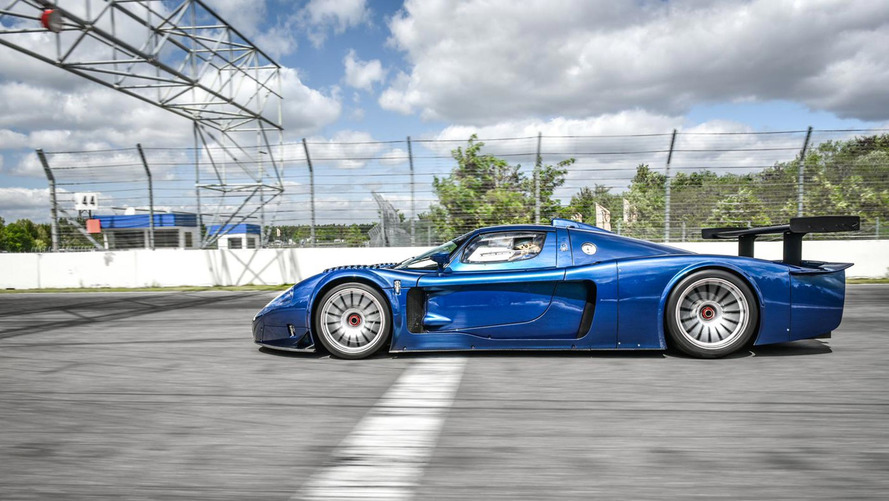 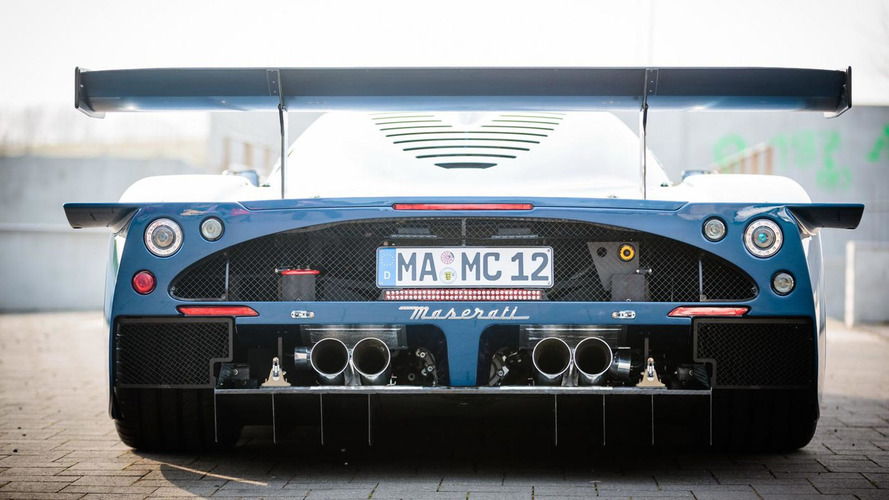 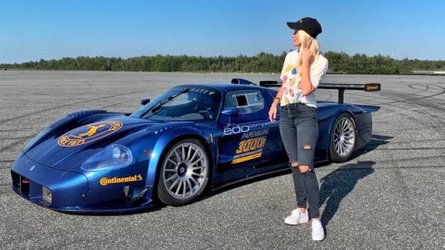 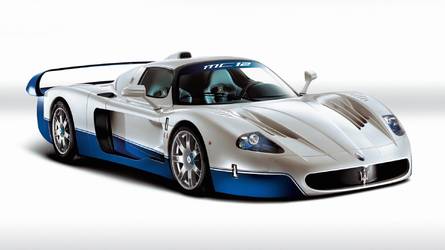 Edo went beyond just making expected changes like softening the suspension, adding a lift system, and fitting road-oriented tires. For example, an adaptive exhaust quiets the engine to within noise regulations on the street, but the driver can open a flap that unleashes the full roar on the track. A person can also now refuel the V12 at a conventional gas station rather than the race-derived mill’s standard need for a pressure-fueling rig. Additional cooling should be helpful if the driver ends up in traffic, and there are door looks, so feel free to take the VC out on the town. Edo even installed a glass windshield with better ventilation than the regular plastic part for preventing the window from fogging up. 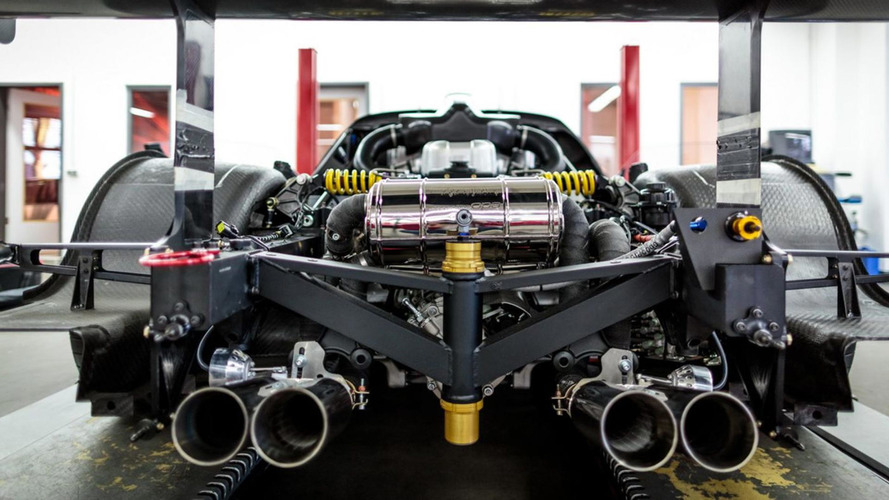 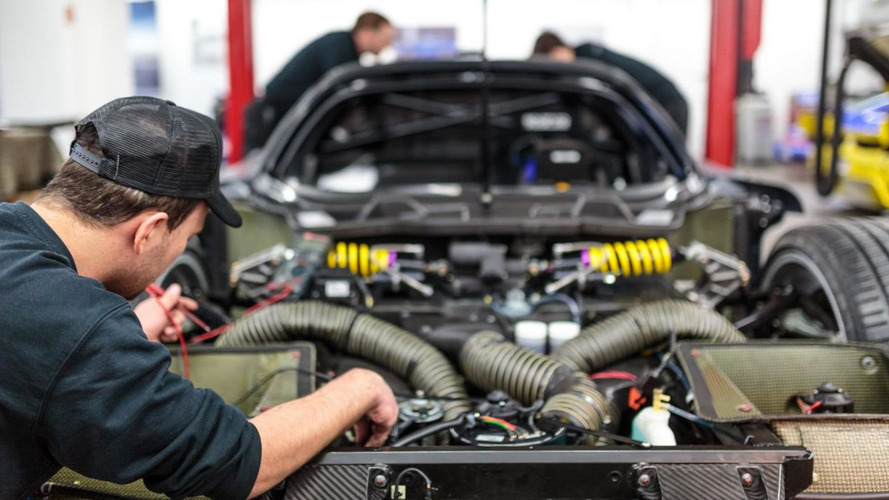 Edo’s six-member team on the project accomplished all this work in just seven months, and then the firm took it to the Hockenheimring for testing. After getting the one-off supercar perfectly dialed in, the company handed it over to Maserati at the Italian automaker’s headquarters in Modena. The VC currently sits in Maserati’s Museum.

For a century Maserati has been synonymous with the most noble Italian sports cars and is now celebrating 100 years. For this special occasion a unique anniversary model should be presented.  The Italians’ suggestion, it should be a road going Maserati MC12 Corsa! Was the MC12 not incredibly successful in racing. Between 2005 and 2010 Maserati had 19 wins and in 2005 it was the winner of the FIA GT1 world championships.

In order to implement this extraordinary and unique project the decision was made in the factory to get the Westphalian motor sports company edo on board. The background to this decision came from back in 2005 when edo competition successfully managed to realise a road going Maserati MC12 with a TÜV report.

Once the project had been confirmed and the contracts had been worked out, die edo competition Motorsport GmbH officially became a technical development partner for Maserati S.p.A. Modena, Italy in January They we both quick to decide on a name: Maserati “edo MC12 VC”!

The term VC ´Versione Corse´ stands in place of the project road going ´edo MC12VC´ realised by both partners in technology Maserati and edo competition.

To implement this extraordinary and one-off project, 2004 Maserati MC12 was used as the basis. All of the components were provided so it was possible to do a clearly wider reaching reconstruction. The leading Maserati project manager, Maurizio Leschiutta, provided the requirement specifications.

·       Possibility to refuel at traditional petrol stations (rather than pressure fuelling)

·       Special chassis tuning for the streets and the race course (Height of the body, dampener and spring rate individually adjustable, etc.)

·       Installation of a lifting system for the front

·       Wheel /tire combination with altered requirements specification for use in the streets.

·       Installation of lights in compliance with the Road Traffic Licensing Regulation

The challenge was great. The highest expectations of quality, numerous details to be aware of, a tight schedule and a multitude of constructive adaptations had to be made.

Developing, manufacturing, altering, deconstructing, assembling, adjusting polishing and painting: for this project edo competition was able to use all of its flexibility and manufacturing. It was the only way possible to be able to produce all of the numerous different parts, work on them and make it conform to the Road Legal Licensing Regulation in such a short time.

After a 7-month development and rebuilding phase it was ready. The edo MC12 VC stood completed in the company headquarters in Ahlen and received its last coat in “victory blue”. The 6-member team lead by Edo Karabegovic was working down to the wire. Delivering a high quality prefect product was at the fore.

The technical data for edo MC12VC:

Now it could go further on the Hockenheimring, Maserati pilot Michael Bartels’ home turf (chief driver Vita4One, Maserati factory driver and FIA GT world champion) and another collaborator in this project. Here, all of the components were tested on function, performance and dynamic. The edo MC12 VC was not shown any mercy.  After numerous laps everyone agreed that everything was running perfectly and almost without errors. Small things had to be changed, improved and optimised so that in the end you could see the happiest faces.

Then there were other essential components which the edo MC12 VC needed to be road legal. It quickly became clear to edo competition that it shouldn’t be about the usual registration plates.  It should be about an almost perfect combination for the plate: MA – MC 12 approved at the Maserati headquarters in Germany. How was this registration plate conjured up? …. well, some things have to be kept secret.

In March 2015, 9 months after starting work, the now completely new super sports car was taken to Italy to be officially handed over in Autodromo di Modena. The Maserati project leader Maurizio Leschiutta, Maserati pilot Michael Bartels and Edo Karabegovic, owner of edo competition Motorsport GmbH officially and proudly handed over this extraordinary fireball to Harald J. Wester, Maserati’s head of brand management and development manager. Wester couldn’t say no to the first drive.  Then Michael Bartels piloted, he made an impressive presentation of the edo MC12 VC on the legendary track.

With the official handover the project for the anniversary model “edo MC12 VC” was competed very successfully for everyone involved.

Looking back, it was a proud achievement and a remarkable result for the edo competition Team to received and successfully carry out such a special one-off and official job for a renowned automotive manufacturing company. It is a milestone in the company’s history.

The edo MC12 VC is currently on display at the Maserati Museum in Modena and is presented across the globe.