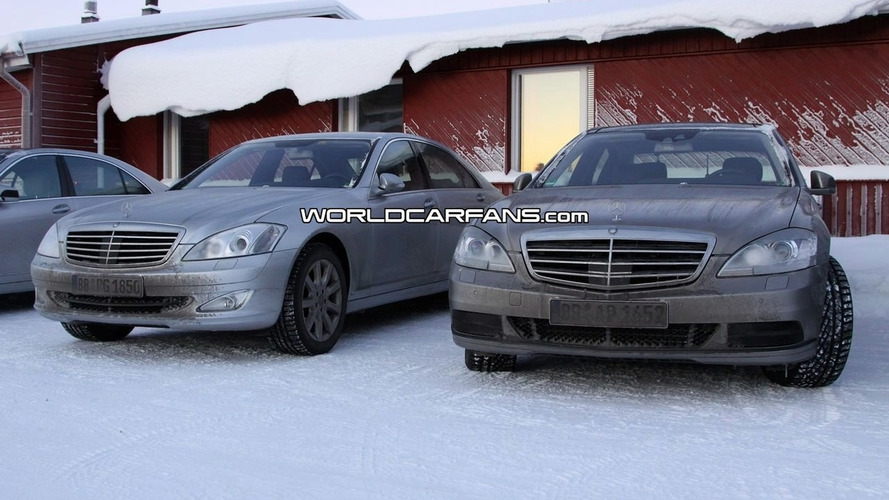 More brilliant photos of the Mercedes S-Class are out. Versions pictured also include the hybrid and AMG models.

Some more crystal clear spy shots of the Mercedes S-Class facelift have surfaced.  This time, they also include the AMG version, and hybrid as well.

Ambushed by the spies as the drivers' settled in for a bite to eat, we see some small updates.  For example, take a look at the new graphic on the front lamps, now with LED daytime lights built in.  LEDs also show up in the rear.

Around the frame, the bumpers get a rebuilt, with foglights integrated in.  The prototypes were all camouflaged up inside, so we anticipate some sort of update there as well, like the SPLITVIEW display screen and COMAND infotainment system with 8-inch display.

The hybrid is a S400 Bluehybrid, but that is not the only green advance.  The other versions will also get better fuel economy.

Set for release in the middle of next year, the Mercedes S-Class will premiere as a 2010 model.