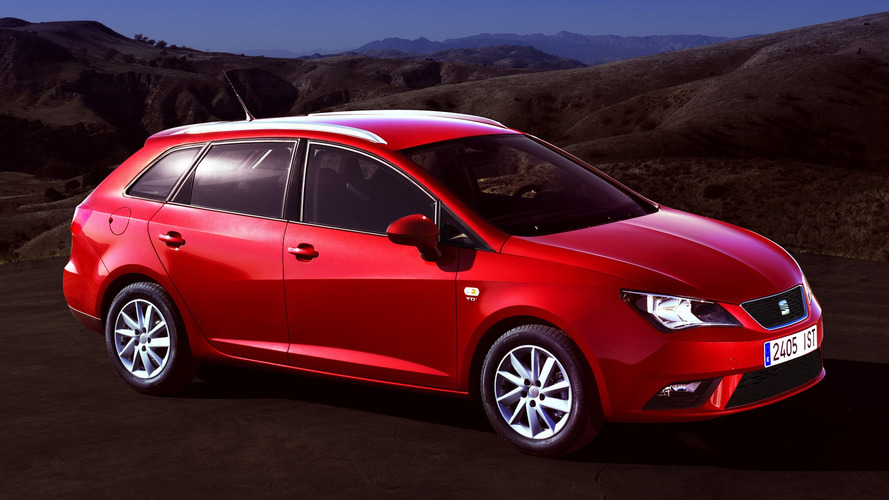 The subcompact wagon has already been phased out, while the people carrier will be terminated by 2018.

Some people want to save the manuals, we want to save the wagons from the assault of crossovers and SUVs. Unfortunately, there’s one less on the market as Seat has announced the Ibiza Sports Tourer has been axed as a consequence of a weak demand. As a matter of fact, production came to an end back in May.

It means the next-gen Ibiza supermini due to arrive in 2017 won’t be offered in the ST body style, thus forcing people in the market for a subcompact wagon to look elsewhere, such as at Skoda’s hugely practical Fabia Combi or at Renault’s sharp-looking Clio Estate.

Instead of giving the all-new Ibiza the wagon treatment, Seat will introduce a subcompact crossover called “Arona” pictured above testing in prototype guise. The Spaniards have already made the promise to launch the Ibiza-based model by the end of 2017. With sales of high-riding vehicles still booming, it makes sense that Seat wants to capitalize on the trend and kill the slow-selling Ibiza ST in the process.

The Alhambra MPV is also approaching the end of the (assembly) line, with Seat’s design boss Alejandro Mesonero saying the people carrier is going to get the axe by 2018. He went on to specify a third crossover will take its place, one that has already been previewed last year by the 20V20 concept pictured above. It’s going to be a tad smaller than sister model Skoda Kodiaq, and much like its Czech counterpart, it will come as standard with a five-seat layout and the option of a seven-seat cabin arrangement.

The confirmed demise of the multi-purpose vehicle, which this year is celebrating its 20th anniversary, comes a bit of a surprise taking into account sales of the MPV have gone up by 23 percent in the January - September interval compared to the same period of 2015. Part of the significant sales hike probably has to do with the facelift, which brought a sharper exterior design, more technology inside, and an updated engine lineup.

Martorell, 28/10/2016 - SEAT’s financial results keep progressing. In the first nine months of 2016, the brand achieved an operating profit of 137 million euros, a figure which is eleven times higher than the profit obtained in the same period in 2015 (12 million euros). The improved sales mix, mainly due to the initial financial impact of the Ateca, the solid growth of the Alhambra and versions with a greater contribution margin, and cost reduction were the key factors leading to this result.

SEAT’s commercial evolution in the first three quarters of the year amounted to the highest turnover in history for this time period. With an increase of 2.3%, the carmaker’s business revenue reached 6.535 billion euros (same period in 2015: 6.388 billion euros).

SEAT President Luca de Meo underlined that “we are satisfied with the operating profit obtained in the first nine months of the year. The success of the Ateca can already be seen in these results and proves that our biggest product offensive in history will have a huge positive effect on strengthening the brand. The Leon, Ibiza and Arona will drive performance”.

Furthermore, SEAT Vice-President for Finance, IT and Organisation, Holger Kintscher highlighted that “we are still on the path to sustainable profitability and will end 2016 with profits”. Kintscher added that “in the final quarter of the year we will step up our rate of investment to boost the industrialisation of the new models and the installation work for the MQB-A0 platform, as well as the commercial launch of the Ateca”.