How to accessorize your favorite Hollywood cars for Halloween 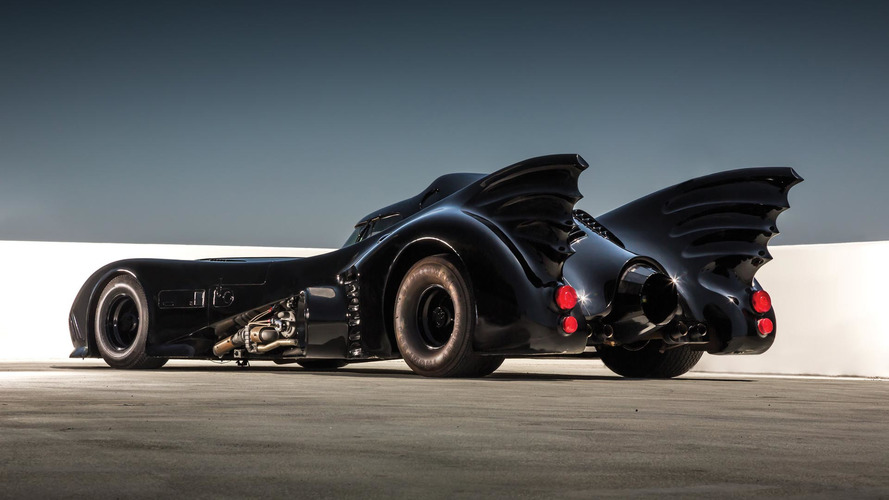 From the Batmobile to Bond, here's how you can accessorize to match your favorite movie or TV car this Halloween.

Cars are already part of every day costumes (just ask anybody who bought those weird eyelashes for their VW Beetle). So for Halloween it's time to go all-out and transform yourself with your favorite iconic wheels from the best that Hollywood gave us. We are choosing five real movie/TV vehicles from the Miami Auto Museum for the ultimate dream costume.

Unfortunately, most of these genuine cars cost more than a week at a Malibu rehab, and even their stunt-double replicas are often considered valuable classics today, too. So just in case you can't get your hands on either, we'll also suggest a cheaper alternative.

But even if you can get your hands on the perfect wheels, it takes a little more to get it right (you can pull up to the party in the Batmobile, but everyone will still laugh at your Crocs). So we'll also provide three essential accessories to make sure Superman's car doesn't have Clark Kent behind the wheel.

Yes, thanks to product placement, Ben Affleck’s Batman had a cheepo Jeep to go with his Aston Martin DB2/4. So like a tomato in a fruit basket, the Renegade now oddly belongs to Batman. The good news is if you blew all your funds on the body armor, a Dawn of Justice Edition (retail $28,240) will at least keep you technically correct.

**Those who also bring a portable waterfall and a meaty sandwich will wake up on November 1st to glorious internet fame.

The Ferrari was Robin-1. Robin-2 and Robin-3 were an Audi 5000 and GMC Jimmy, respectively, and anytime Magnum did wrong he had to drive one of these lesser rides. So if you can’t score the Ferrari, these are suitable for a naughty Tom Selleck.

General Motors produced the GMC and its Chevy twin for a quarter of a century, but they are getting harder to find (especially ones that aren’t creepy.) A nice alternative is picking up the Faceman’s C4 Corvette. And let’s face it, you wouldn’t mind driving a white ‘Vette with a red stripe even if it wasn’t Halloween.

While finding the original Aston Martin gadget car from Goldfinger will make you a true automotive hero, and even a DB5 without 007 pedigree can be a near-million dollar experience. That mean you have to step into the Roger Moore era for affordability. Driving a white S1 Lotus Esprit will certainly give you serious James Bond cred, and it will feel like a 25-for-1 sale compared to the Aston.

Yes, in the three decades since Knight Rider left the air, it can be cheaper to pick up an R107 Panzerwagen than a jet-black third-gen Trans Am. This is especially true if you wanted to use the KITT convertible model they brought out in the last season. Because after all, you want everyone to see your killer perm.