Mercedes X63 AMG rendering raises the question, who would buy this? 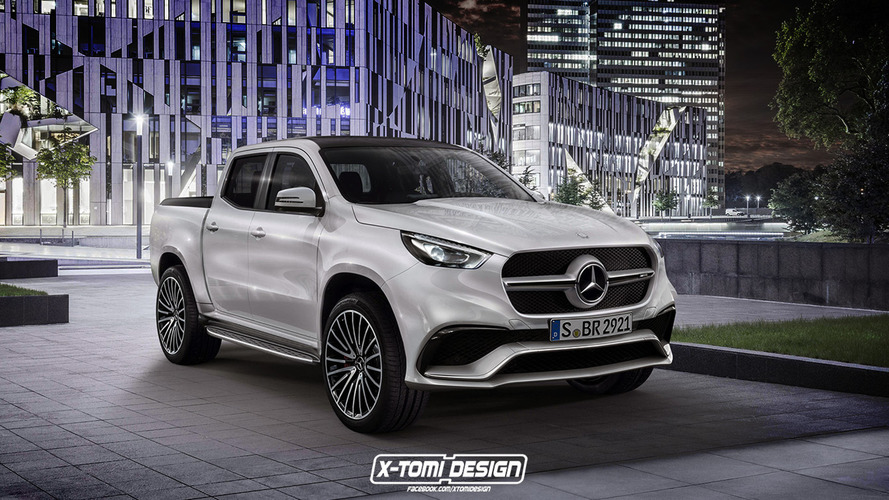 Mercedes would probably never build this beast, but we like the idea.

Practically every Mercedes-Benz model gets a high-performance version from AMG. After the recent introduction of the Concept X-Class and the guarantee of a production version by the end of 2017, it doesn’t take long to start daydreaming about the folks in Affalterbach giving the truck some more muscle. Apparently the crew at Motor1 isn’t the only ones considering this because X-Tomi Design has the same idea with this rendering that imagines an X63 AMG.

This speculative design adds a new lower fascia at the front with the swoopy design of modern AMG vehicles. The blacked-out grille, roof, and bed cap bring some extra menace to the styling, too. There’s also masking around the headlights that give the truck more of a squint. New mirrors look straight from AMG’s parts bin, and a set of multi-spoke wheels put a nice flourish on the upgrades.

In its announcement, Mercedes indicates the top real-world X-Class uses a diesel V6, but the X63 moniker on this one points to it getting AMG’s 4.0-liter biturbo V8 under the hood. The engine is available in several tunes, but the 577-horsepower (430-kilowatt) version from the AMG GT R would be the preferred choice for this application.

The X63 would likely put a big emphasis on off-road ability. So if there were a team at AMG that exclusively tunes the G63 and G65, this would be the perfect project for them. In an ideal world, the crew would build it like even more hardcore version of the G550 4x4². The perfect version would include elements like a big suspension lift, locking differentials, and low-range transfer case.

In reality, an AMG-tuned X-Class is unlikely. The G-Class already fills the niche for a hardcore off-roader in the Mercedes range, and spy shots show a new generation of it is under development. In addition, Mercedes-Benz Vans is handling X-Class development. Except for an April Fool’s Day gag once, the team at Affalterbach doesn’t usually handle the division’s products.