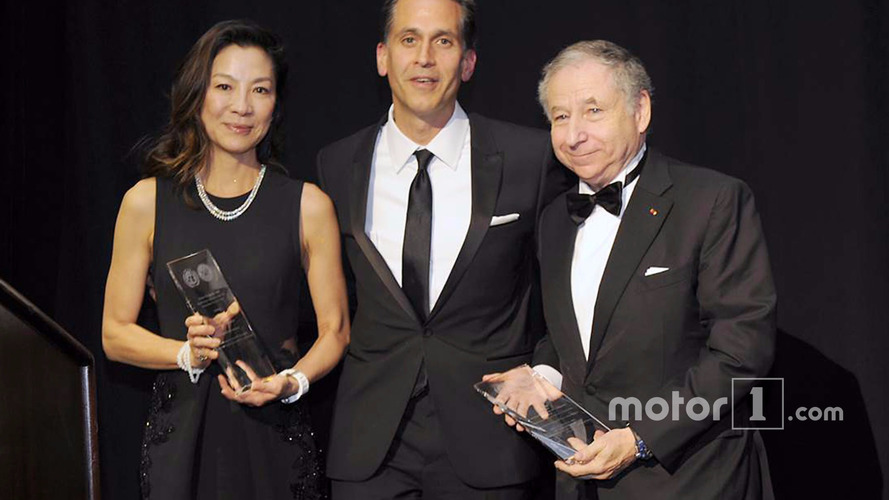 FIA President Jean Todt and his wife Michelle Yeoh have jointly accepted the Humanitarian of the Year Award from the United Nations Association of New York.

The award is in recognition for their work in promoting the UN Sustainable Development Goals and their commitment to stabilizing and reducing road traffic deaths around the world.

"Road safety is not a privilege but a basic human right."

In a message addressed to the participants, he stated, "I pay special tribute to this evening's honourees: my Special Envoy for Road Safety, Jean Todt, and UNDP Goodwill Ambassador Michelle Yeoh."

As president of the FIA, Todt actively works to reduce road traffic deaths and injuries worldwide in the framework of the FIA Action for Road Safety campaign and the FIA Road Safety Grant Programme, supporting initiatives on the promotion of road safety led by local member Clubs of the FIA.

"We cannot accept that every year 1.25 million people die on the road; 50 million people are injured," he said upon receipt of the prize, urging citizens to treat road deaths and injuries with the same urgency as other public health pandemics.

In his role as UN Secretary General's Special Envoy for Road Safety, Todt assisted in the creation of a draft resolution on road safety that was adopted by the UN General Assembly in April and advocates for the achievement of the goals of the UN Decade of Action for Road Safety 2011-2020 to reduce road fatalities by five million.

"I take this symbol, the Humanitarian of the Year Award, as more than an award for Michelle and myself but as the opportunity to highlight this carnage," he added.

Yeoh – the actress and producer who is spokesperson for the FIA High Level Panel for Road Safety and a UNDP Goodwill Ambassador – sharing the award with Todt, and said: "With a commitment to the UN Sustainable Development Goals, we can make roads safe, and we can make the world a better, safer, healthier place for all."