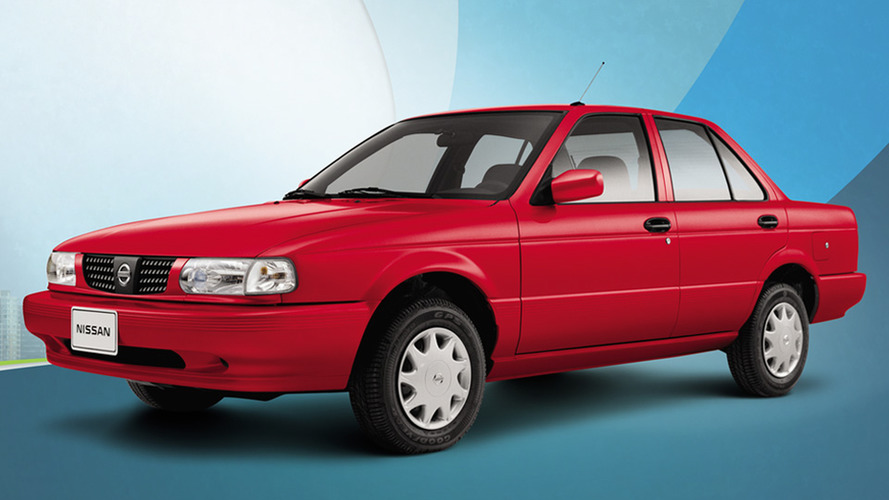 Production of the ancient sedan will end in 2017 as Mexico tries to improve new car safety.

Nissan has announced it will axe the ancient Tsuru sedan from its Mexican lineup next May.

The Tsuru is a rebadged, locally-built version of the B13-generation Nissan Sentra, which has been on sale since 1992 - the design dates back to 1990, making it one of the longest-lived automobiles currently in production.

Though more recent versions of the Sentra have been made available in Mexico, the Tsuru has remained on sale as a low-cost alternative. It’s a particular favorite with taxi drivers, who adopted it after their VW Beetles died.

The Tsuru name first appeared in 1984 on the B11 Sentra. According to Nissan, more than 2.4 million have been sold. Nissan Mexicana head Mayra Gonzalez said: “In the Mexican automotive industry, Tsuru is one of the top sales leaders. The majority of Mexicans have some history that binds us to the Nissan Tsuru. The sedan, which has a huge following, has provided families in Mexico high-quality, reliable, and durable transportation since 1984.”

So why is it being canned? In a word: safety. It’s crashworthiness is nothing short of dismal. Some models are still sold with no airbags and they were given a zero star rating by crash testing organization NCAP. Indeed, NCAP linked the Tsuru with more than 4,000 road deaths that occurred in Mexico between 2007 and 2012, Automotive News reports.

The Tsuru is not alone, though. Many cars sold in Central and South America fall below the standards applied in much of the rest of the world. According to a report by Global NCAP and the Inter-American Development Bank, 440,000 deaths and serious injuries could be prevented if major Latin American countries adopted even the most basic U.N. vehicle regulations.

1,000 special edition cars will be built to mark the end of Tsuru production at the Aguascalientes plant. According to Nissan, other models such the new Kicks crossover will fill out the production capacity freed up, and it will continue to provide parts and service into the foreseeable future.