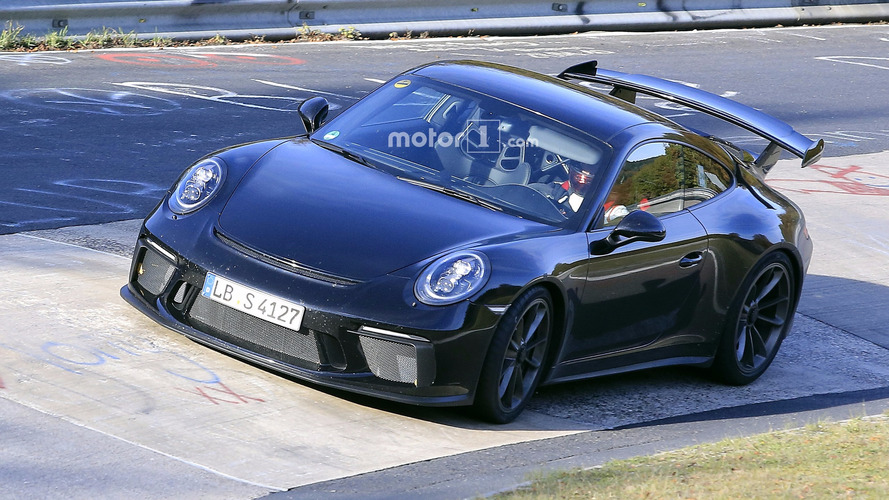 With a naturally-aspirated engine and a manual gearbox, the facelifted 911 GT3 will be a purist's delight.

In typical Porsche fashion, the cosmetic tweaks brought by the imminent facelift for the 911 GT3 are on a subtle level, up to the point that some will have problems identifying the changes. Fans of the Stuttgart-based marque will however be able to spot the mildly reshaped front outer air intakes and slimmer LED daytime running lights lending the high-performance coupe a sleeker fascia.

Moving at the back, the vertical slits appear to be taller and more pronounced compared to the current model, while the lower area of the bumper has received a nip and tuck. The LED taillights will adopt a sharper design in line with the lesser members of the facelifted 911 family.

All of these minor changes have already been previewed by a 3D rendering of the model that emerged onto the web earlier this year, showing the 911 GT3 (991.2) won’t bring any significant novelties in terms of the exterior design.

That being said, something major is on the agenda: a manual gearbox. Previous spy images have shown a prototype tackling the same Nurburgring with a manual transmission, and chances are it’s going to be the six-speed ‘box found in the limited-run, sold-out 911 R. It will be available alongside the usual PDK and will work with the same naturally-aspirated engine, as Porsche has made it clear the GT3 and the hardcore GT3 RS will not switch to turbocharging.

Porsche hasn’t said a word about when it will reveal the car, but most likely it’s going to happen very soon taking into account the 911 GT3 is no longer listed on the company’s global site. In most cases, this usually means the automaker is preparing to introduce the updated model, be it a facelift or a new generation.