The entry-level 5 Series model in Germany is the same as the one in U.K., a 520d featuring a turbodiesel 2.0-liter engine. It's linked to a six-speed manual transmission delivering 190 horsepower (140 kilowatts) to the rear wheels for a 0-62 mph (0-100 kph) run in seven and a half seconds. 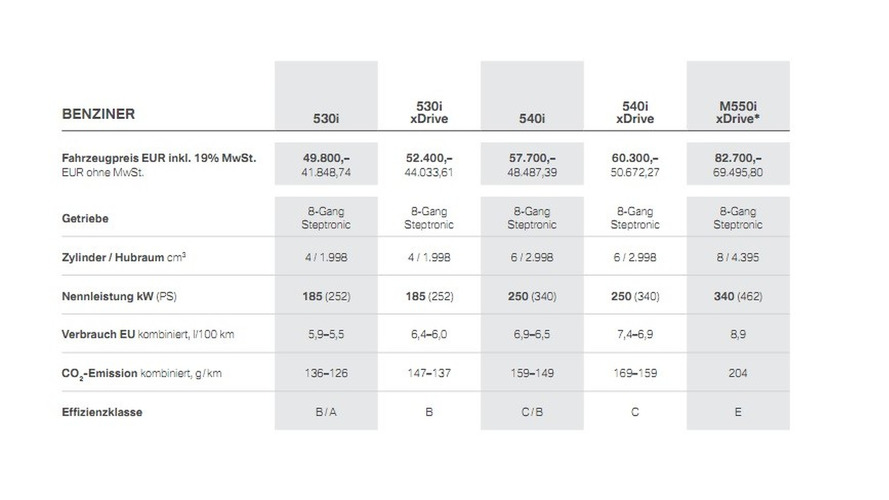 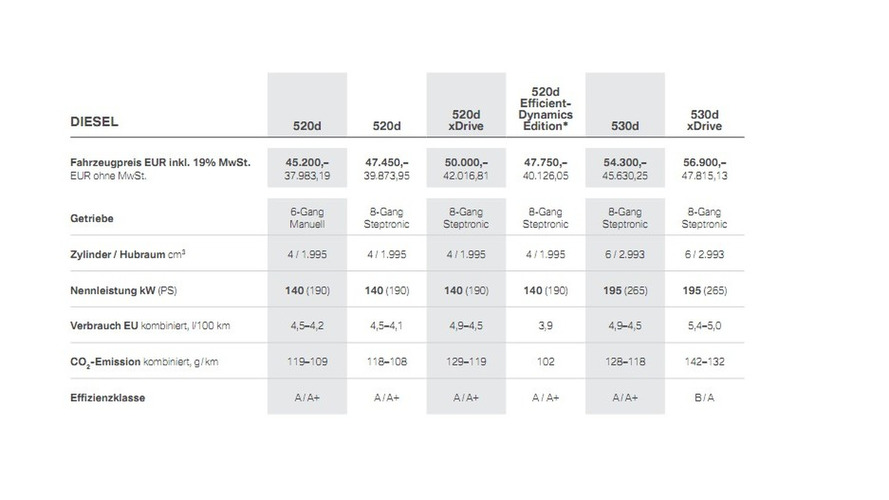 At the other end of the pricing spectrum, we find the hot M550i xDrive in DE where it kicks off at €82,700, while in U.K. the most expensive version is the 540i xDrive M Sport that goes for £49,945. From March next year, the plug-in hybrid 530e iPerformance and the frugal 520d SE Efficient Dynamics will join the family, which is set to be topped probably early 2018 by a new M5 set to be offered for the first time with an optional xDrive layout.

The leaked U.K. pricing guide also reveals production for the local market is scheduled to begin from February 2017. M Sport brakes will be fitted as standard on the 530i, 530d, 530d xDrive, and 540i xDrive M Sport models, while the lesser 520i and 520d will be stuck with the regular brakes since the M Sport ones won’t be available even as an option.

In order to cut CO2 emissions, BMW U.K. has decided to replace run-flat tires with regular ones for the 17-inch wheels installed on the SE and the 18-inch set fitted on the M Sport. Speaking of which, the optional M Sport package is going to set you back £3,000 and will add LED fog lights (available separately for £175), 18- or 19-inch wheels depending on trim, along with a lot of M goodies ranging from a body kit to a sportier steering wheel, pedals, and floor mats.

As you would imagine, there are tons of options to pick from, including a Bowers & Wilkins Diamond surround sound system (£3,750), rear-seat entertainment (£1,995), and an electric glass sunroof (£995), just to name a few.

Download the two PDFs at the source links below to find out all the details.