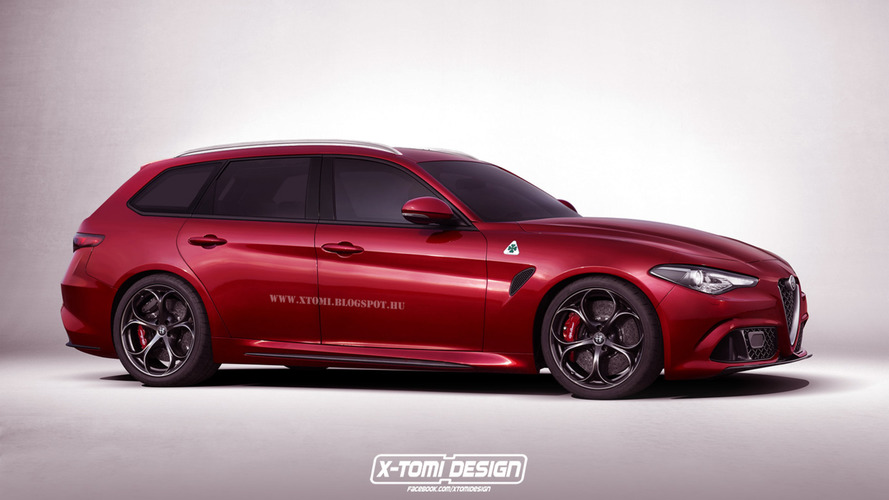 The new Alfa Romeo Giulia is expected get a more spacious sibling when the company introduces a wagon to the European lineup.

The long-awaited arrival of the new Alfa Romeo Giulia is nearly here (at least for Americans). Set to hit dealerships in just a few weeks in the U.S., and recently released to buyers in Europe, the new Giulia brings to the table a handsome design and a 500-horsepower (372-kilowatt) Quadrifoglio version. What it hasn't brought to the table it is a wagon version… at least, not yet.

In a recent interview, Felipe Munoz, an analyst at JATO Dynamic market researches, suggested that the Giulia is more than likely to get a wagon variant for Europe. “The Giulia sedan is doing reasonably well but without a wagon it is not competing in the largest portion of the midsize premium segment.”

The European wagon market, Munoz points out, accounts for 42 percent of sales of premium midsize cars throughout the continent. With Alfa Romeo initially limiting the Giulia to a sedan configuration, that market share would drop significantly — sedans make up just 33 percent in the region.

With an expected annual global sales figure of between 75,000 and 100,000 for the Giulia sedan, and already 5,150 Giulia sedans sold across mainland Europe in the first nine months, Marchionne agrees that the platform could be worthy of some reworking to fit a number of different variations into the lineup. The architecture proved to be “all we expected and more,” he said.

“I think it’s the utilization across a wide range of applications within the group is probably the most beneficial thing we have done from a technical development in a long time.”

Alongside a potential Giulia wagon, a new Stelvio SUV will debut next month at the LA Auto Show and go on sale sometime in 2017.