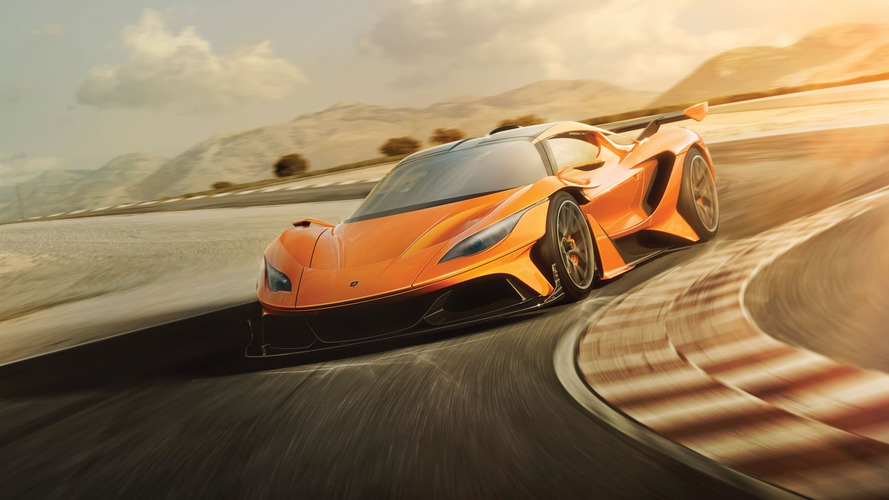 The two companies will team up in production of the 1,000-horsepower, 224 mph Apollo supercar we saw in Geneva.

Built on the backbone of the failed Gumpert marque, the new Apollo brand is looking to separate itself with an entirely new look, and even more performance. Making its debut at the 2016 Geneva Motor Show, the Arrow concept promised to deliver close to 1,000 horsepower (745 kilowatts) and a top speed of 224 mph (360 kmh).

Though that promise has yet to be fulfilled, a new manufacturing partner could be the key to Apollo’s success. Manifattura Automobili Tornio (MAT) has officially partnered with the automaker in production of the proposed Arrow supercar. MAT, you may remember, is the same facility where Cameron Glickenhaus’ SCG003 S supercar will be also be built.

The three companies — Apollo, MAT, and SCG — will work together in first producing a V12-powered racing version of the Arrow concept we saw earlier in the year. It will be dubbed project Titan (similar to the Apple project), and will be driven up the hill at the 2017 Goodwood Festival of Speed.

Following the V12 racing concept, a V8-powered road car called the Arrow S is also expected. The verdict is still out on whether it will use the same Audi-supplied 4.0-liter biturbo unit producing 986 horsepower (735 kilowatts) and 737 pound-feet (999 newton-meters) of torque we saw in the concept, or whether it will use a new engine entirely.

Though Apollo hasn’t given any official confirmation as to an arrival date for the V8-powered model in particular, the company says both the road car and the racing car will take notes from the Nurburgring 24 hours, specifically the Glickenhaus racing team.

“I’m really excited to be working on this project with Apollo,” James Glickenhaus said in a recent interview. “The Arrow is a thing of beauty and we can definitely bring a lot of technical know how to the table from our successful experience of competing on the toughest races in motorsport.”

For now, Apollo is staying quite on price points and potential volume for the Arrow in the future.