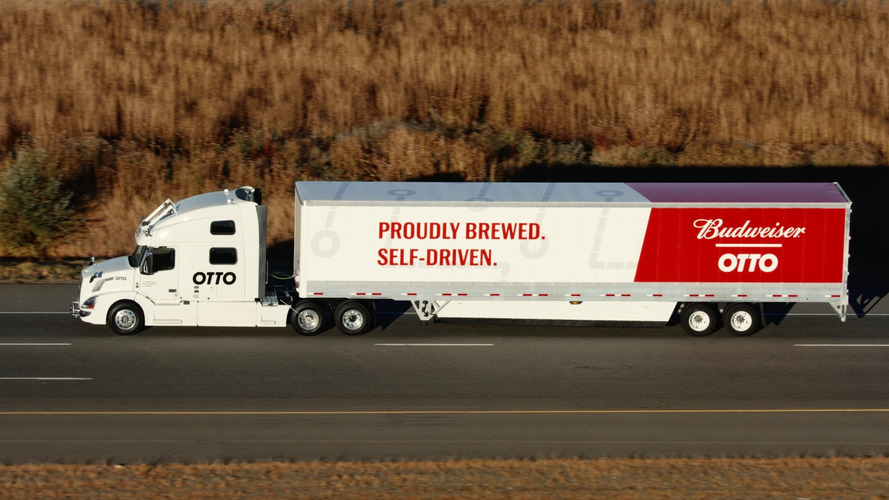 A semi-tractor carrying 50,000 cans of Budweiser drove itself for around 120 miles to deliver the tasty brew.

San Francisco startup Otto, which Uber acquired last year for about $680 million, has developed autonomous driving technologies catering big rigs. This massive 18-wheeler had about $30,000 worth of hardware and software to work in autonomous mode without the need of human assistance. At the beginning of the journey from Fort Collins to Colorado Springs, an Otto driver was behind the wheel of the semi-truck, but once he merged onto Interstate 25, he switched on the “engage” mode and climbed out of the driver’s seat to let the computers handle all the driving.

Carrying about 50,000 cans of Budweiser inside the large 53-foot trailer, the semi-truck took care of the driving for 120 miles (193 kilometers) to reach its destination, with an engineer from Otto keeping a close eye on everything. This was all possible after installing three LIDAR (Light Imaging, Detection, and Ranging) devices, a radar, and a high-definition camera to scan the road up ahead.

Otto co-founder Lior Ron says the technology has evolved enough to handle such commercial pilot runs, and the company has already announced plans to perform similar journeys in the months to come. Over the next few years, development will continue to make the tech ready for every possible road condition, according to Ron.

Otto currently has six trucks in its fleet and all of them are being tested in the San Francisco Bay Area on the interstates 101 and 280 to make tweaks to the hardware and software related to autonomous driving. Important updates are coming out roughly on a monthly basis, and focus right now is on improving lane control and also on making acceleration and braking smoother. Further down the line, the engineers will want to make the tech smart enough to handle hazards and also to predict how the traffic participants are likely to behave. Needless to say, the ultimate goal is to have the technology ready to do all the work in all situations.