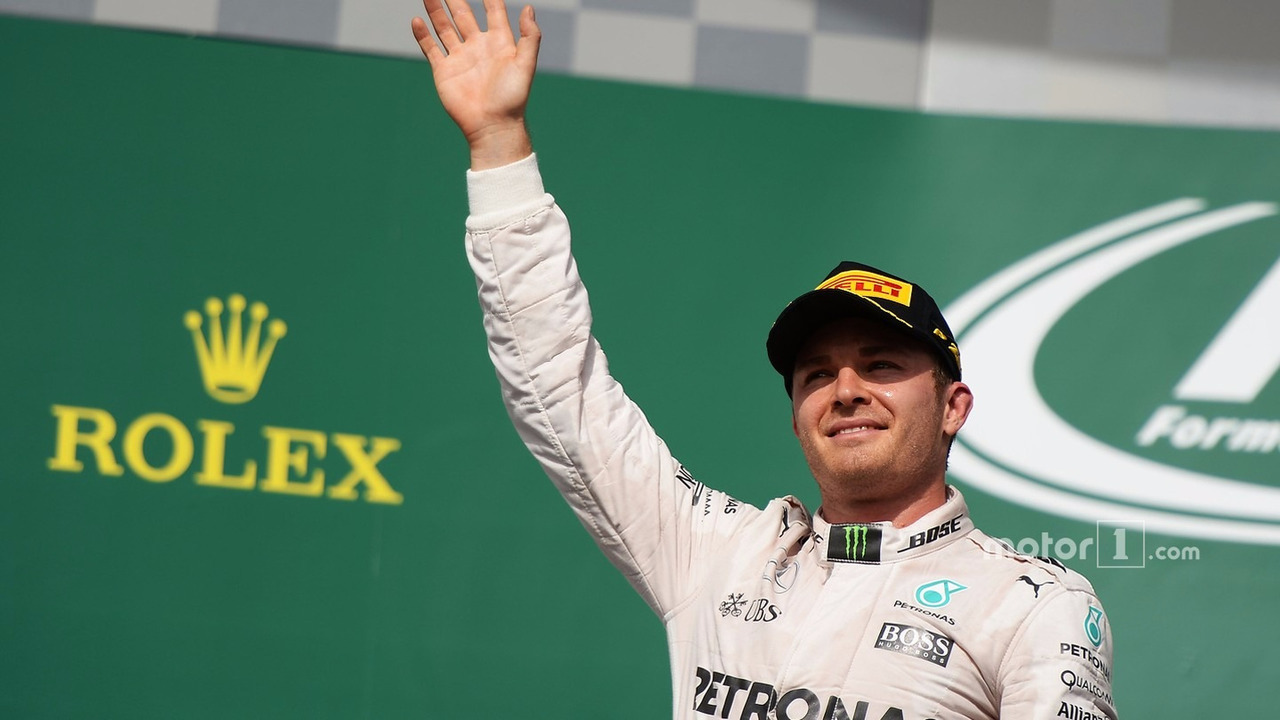 Red Bull boss Christian Horner says the Formula 1 championship is now Nico Rosberg's to lose, judging by the points advantage he has over teammate Lewis Hamilton with three races to go.

Although Rosberg lost out to Hamilton in the fight for victory at the United States Grand Prix, he still holds a 26-point edge over his Mercedes teammate with only Mexico, Brazil and Abu Dhabi to come.

It means the German can finish second in every race and still win the championship, and could wrap the title up in Mexico this weekend if he wins and Hamilton does not finish higher than 10th.

For Horner, whose driver Daniel Ricciardo looks set to finish third overall in the standings, the situation at the front is pretty clear.

"It is Rosberg's to lose, isn't it?" he said. "If he finishes second in the next three races then Lewis has run out of time. But anything can happen.

"A puncture, or a DNF, and Lewis puts in a win, and then suddenly there is one point between them."

Horner believes that ultimately Hamilton may have a psychologically easier time in how to approach the final races, as he has no option other than to win them.

"For Lewis it is simple for him – it is like three FA Cup finals," said Horner. "He has got to win all three races, and then what happens with the other car he cannot control."