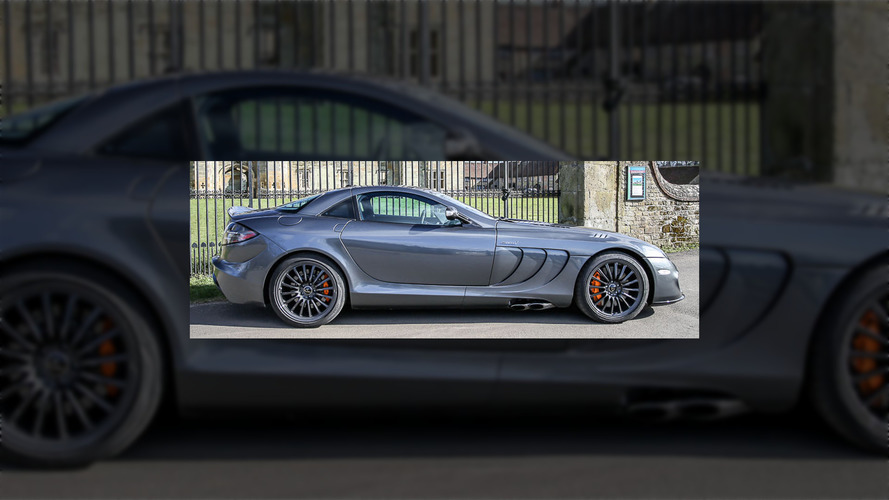 There's not much you couldn't buy for this price, so why choose an SLR?

It’s not too uncommon to see classic sports cars selling for $10 million or more, especially if you look at recent auction results for old Ferraris, but luxury car dealer in Bischofswiesen, Bavaria, Germany, wants that kind of money for something far more modern. The firm is selling a 2007 Mercedes-Benz SLR 722 Edition for nearly $11 million (9,999,999 Euros). Except this one is especially rare because it’s one of just 25 examples with tuning by McLaren’s MSO customization division after the end of SLR production.

After SLR production officially ended in 2009, McLaren, which partnered on the project, still saw room for some tweaks. The company’s MSO branch took 25 cars and installed upgraded steering and suspension components. The coupes also received a new body kit, including a front bumper with larger intakes, an updated hood, and more aggressive rear diffuser. The firm also installed a bespoke interior. The 5.4-liter supercharged V8 remained unaltered, and this one with the 722 package was good for 641 horsepower (478 kilowatts).

According to the dealer, this SLR came from its original owner. The Antimon Grey exterior paint is attractive, and the coupe has just 9,818 miles (15,800 kilometers) on it. Unfortunately, the seller only offers a single photo of the car. If you’re interested in heading to southern Germany to check it out, an appointment is necessary to view the vehicle.

There’s no doubt that the MSO-tuned SLRs are quite rare beasts, but $11 million still seems rather high for what amounts to some small mechanical tweaks and a new body kit. The SLR is currently in a weird place in the market where it’s too new to be a classic but too old to be competitive against more modern hypercars. For example, a vehicle like a McLaren P1 would be both less expensive and have better performance. A buyer really has to want the rarest SLR to pay so much for this one, especially when the standard models are readily available for $500,000 or less online.