This is why race drivers wear race suits 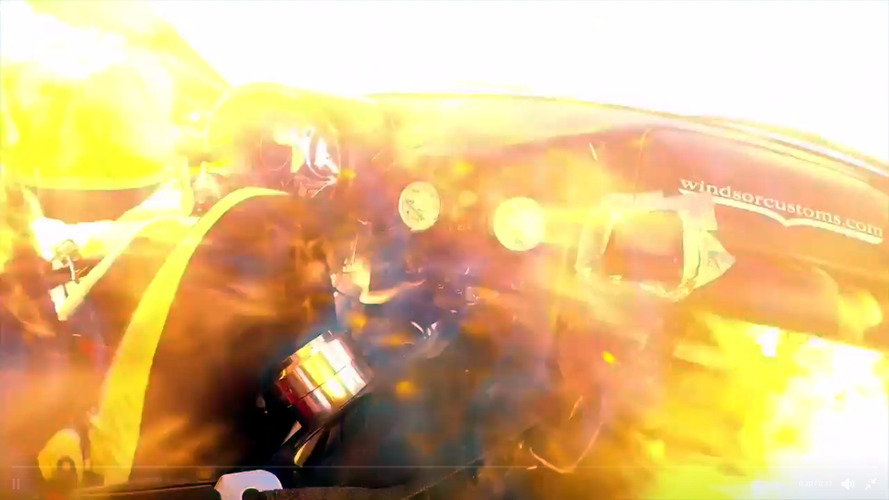 Racer Ben Waddell found out exactly why when a fuel leak caused his Miata to erupt into flames.

Aspiring professional racer Ben Waddell found himself quite literally in the hot seat during a Mazda Miata race last weekend. His mount’s fuel tank dramatically ruptured - the footage shows droplets of fuel raining into the cabin - so Waddell brought the car to a halt as quickly as he could off the track. Just as he opened the door to scramble out, flames erupted into the cockpit.

Skip Barber Formula Series regular Waddell was lucky to escape with just a few blisters. He tweeted some pictures of the car after the fire had been put out, and it is a real mess. Waddell added that the car did not have a plumped-in fire extinguisher.

As late as the 1960s, race drivers typically wore slacks and shirt while behind the wheel. Growing safety concerns led to many adopting one-piece race suits, though they are generally made from flammable cotton. Attitudes only started to change when Niki Lauda suffered his horrific, firey crash at the Nurburgring in 1976 and by the end of the decade, most Formula 1 drivers started wearing multi-layer, flame-retardant suits made from Nomex or Proban.

Boots, gloves, and underwear soon followed, and it was not long before the complete set became mandatory for all drivers at all levels of motorsport.

Fire is still a terrifying prospect for any race driver, but thanks to modern race suits, the chances of being seriously injured by fire have reduced massively.

The lesson to learn here is that, if you are forced to stop your race car for any reason, get out as quickly as you can. Because you never what is going to happen. And the last thing you need is to be struggling to get out when the world turns red and hot.