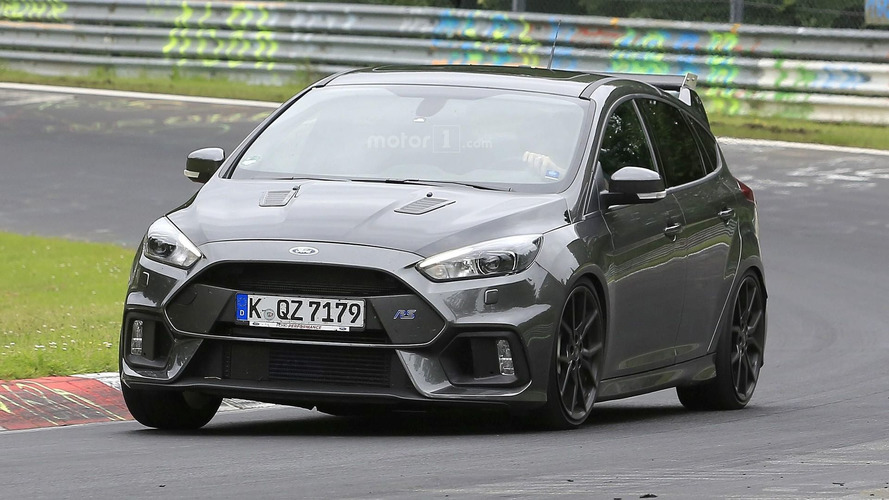 Even though Ford has problems keeping up with the high demand the Focus RS is enjoying, it’s still not sure whether there’s a viable business case for a limited-run hardcore RS500 version. As a matter of fact, sources close to the matter cited by Autocar are indicating the special edition has only 30 percent chances of hitting the assembly line. It seems odd the Blue Oval hasn’t made up its mind yet taking into account several prototypes of the powered-up hatch have been spotted undergoing testing for quite some time.

Ford’s main concern is that a Focus RS500 might not be such a good idea for the U.S. market where it believes there is a risk it could clash with the Mustang. Ford doesn’t have that problem in Europe, but without U.S. sales to factor in, the mega-hatch project might be canned. A less intense RS500 strictly for the European market was being considered at one point, but the idea was ultimately dropped over concerns it might have diluted the value of the RS brand, according to an insider.

If the RS will indeed spawn a meaner derivative, the model in question is said to come with as much as 400 horsepower (298 kilowatts) from an uprated version of Ford’s EcoBoost 2.3-liter, four-cylinder engine shared with the Mustang. A modified body to boost aerodynamics is also on the agenda, as is a weight loss of up to 220 pounds (100 kilograms). However, the diet allegedly consisting of carbon fiber seems too drastic to believe at this point.

Ford will have to make up its mind soon since an all-new, fourth-generation Focus is expected to come out before the end of 2017. If the RS500 will get the stamp of approval from the company’s execs, it will be sold strictly as a limited edition, much like the old version built in 500 examples. Speaking of the previous RS500, it was an absolute hit after reaching sold out status in less than 12 hours. If that’s not a sign a new one will likely be a success, we don’t know what is.