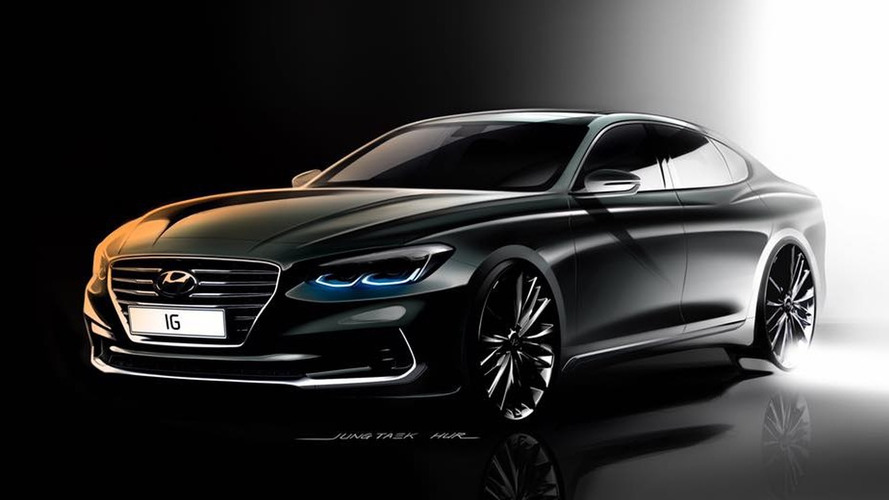 Hyundai now has the Genesis sub-brand luxury marque, but it seems the regular models are also being pushed more upmarket.

The Azera midsize sedan is just about ready to embrace the sixth generation, one that will look entirely different than its predecessor if we were to rely on these very promising teaser sketches. Even though history has taught us in many cases these teasers are more attractive than the actual car, some of the attached sketches are likely painting a very accurate picture of the real deal since the renders don’t seem to be over the top.

It already appears to be a big step forward in terms of exterior design compared to the outgoing 2016 Azera and frankly it could easily pass for a Genesis-badged model. That being said, it’s better to wait for real images of the car before making any final judgments in regards to the model’s appearance. Hopefully, the interior cabin has also been redesigned to complement the newly gained elegance of the exterior.

Technical specifications have not been released, but most likely the new Azera has grown a little bit in size by gaining a stretched wheelbase providing more legroom in the back. Hyundai will likely sell the car with an array of turbocharged four-cylinder units and a beefier biturbo 3.3-liter V6 hooked up to an eight-speed automatic transmission. In some markets, a more frugal hybrid version will be available by joining a gasoline engine with an electric motor as it’s the case with the outgoing Grandeur Hybrid in its domestic market.

A full reveal is expected to occur very soon taking into account the car will go on sale next month at home in South Korea where it will continue to be called “Grandeur.” It remains to be seen whether the all-new Azera will make it to United States taking into account sales of the outgoing model are very slow. Hyundai Motors America might decide to nix it especially now that the Genesis G80 and G90 luxury models are out. 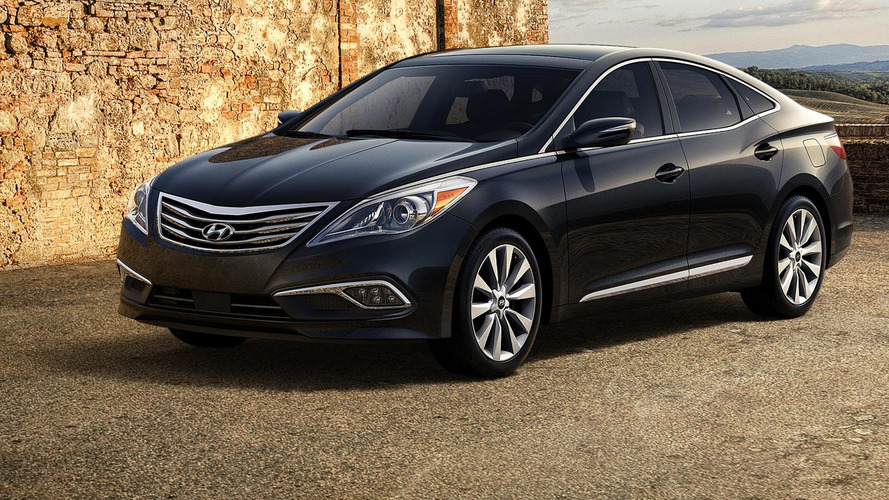 Oct. 25, 2016 – Hyundai Motor today unveiled the first rendering of its All-new Azera. With its design encapsulating Hyundai Motor’s role as a game changer, the All-new Azera – badged as Grandeur in Korea – exhibits respect for the model’s past while investing confidence in the future.

The newest bearer of a long-established signature sedan nameplate from Hyundai Motor, the sixth-generation Azera builds on its rich heritage while also setting its own legacy thanks to its futuristic looks.

The All-new Azera’s sophisticated design represents a dramatic departure from its predecessor’s styling, while taking hints from previous Azera models to ensure it is still fundamentally recognizable as the newest generation of a distinct lineage. Subtle, beautiful detailing is seamlessly and harmoniously incorporated into the body that exhibits taut lines and exquisitely balanced proportions.

The All-new Azera will be available for purchase from Hyundai Motor in Korea within the next month.