The new Honda Clarity fuel-cell vehicle returns the best total mileage of any zero-emissions vehicle on the road today.

Set to launch later in the year, Honda has just made official the total range figure for its new Clarity fuel-cell vehicle. With an EPA rating of 366 miles (589 kilometers) on a single tank, and a fuel economy equivalency rating of 69 mpg city/67 highway/68 combined, Honda claims the title of the “best [range] of any zero-emission vehicle.”

The five-passenger Clarity FCV sedan will begin selling in the U.S. towards the end of 2016 at 12 approved dealerships located in select California markets. The network range includes cities like Los Angeles, San Francisco, and Sacramento, as well as the surrounding areas, building on the growing fuel cell infrastructure in the area.

“The zero-emissions family road trip is no longer science fiction,” says Steve Center, vice president of the Environmental Business Development Office at American Honda Motor Co. “Not only does the Clarity Fuel Cell fit five passengers and refuel in three to five minutes, if offers customers a driving range on par with gasoline-powered cars.” 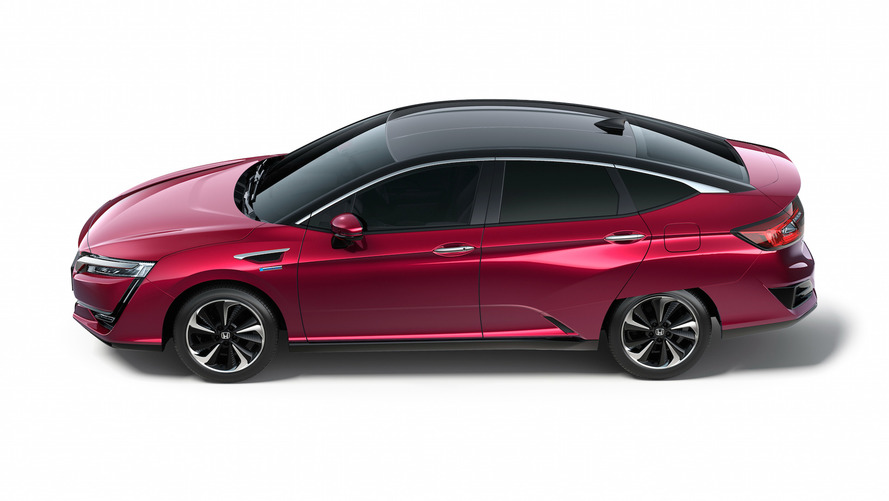 Included along with an impressive range will be features like Honda Sensing technology, Apple CarPlay, and Android Auto, just to name a few. No official word on pricing has been given, but expect the Clarity to retail for around $60,000 (€55,000) in the U.S., and lease for around $500 (€459) per month, a similar price tag to the already-on-sale Mirai fuel-cell vehicle ($57,500/$499 per month).

The Clarity FCV is just one of many vehicles set to be introduced by the company in the next few years in an effort to reduce 50 percent of its C02 emissions on a global basis by 2050.

The Honda Clarity Fuel Cell sedan, launching later this year, received an EPA driving range rating of 366 miles and fuel economy rating of 68 miles per gallon of gasoline-equivalent combined1, giving it the best range rating of any electric vehicle without a combustion engine, including fuel cell and all-electric vehicles, in the United States.

"Not only does the Clarity Fuel Cell fit five passengers and refuel in three to five minutes, it offers customers a driving range on par with gasoline-powered cars," said Steve Center, vice president of the Environmental Business Development Office at American Honda Motor Co., Inc. "The Clarity leads the pack with a 366 mile driving range rating, and with a growing network of hydrogen stations and fast fueling time, the zero-emissions family road trip is no longer science fiction."

Honda will introduce the new 5-passenger, hydrogen-powered Clarity Fuel Cell sedan by the end of 2016, beginning with retail leasing to customers through its expanded network of 12 approved fuel cell vehicle dealerships located in select California markets. The network includes six dealerships in Southern California, five in the Bay Area and one in Sacramento. Honda will further develop its dealer network as more hydrogen fueling stations become available.