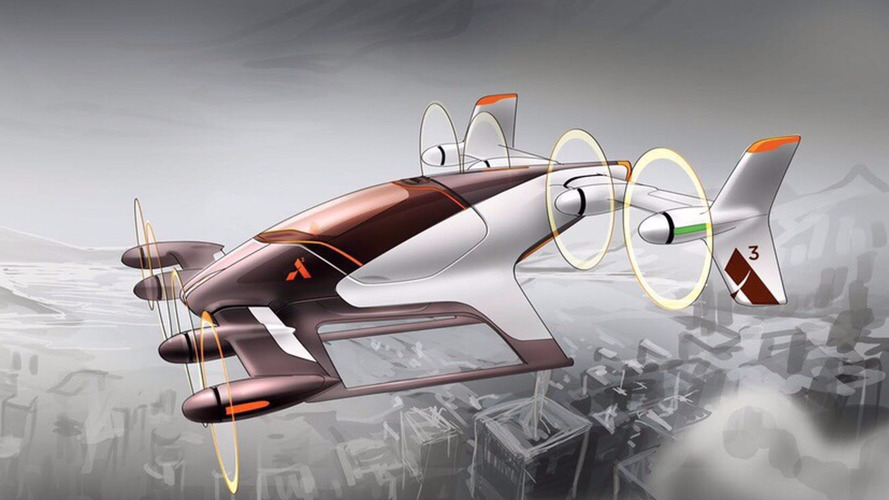 The first autonomous Project Vahana aircraft prototype will be in the air next year.

European aircraft giant Airbus has lifted the lid on its ambitious autonomous aircraft project, being developed at Silicon Valley-based subsidiary A3 - pronounced “A-cubed”.

Project Vahana is essentially an airborne taxi designed to carry a single passenger or a small amount of cargo. It’s capable of vertical takeoff and landing, and would follow designated pathways in the skies above cities. All without a pilot.

According to project head Rodin Lyasoff, the team is leveraging developments in battery, avionics, and obstacle detection technology, as well as the rapidly reducing cost of mass producing composite materials.

The sketches seen here show a drone-like 'craft driven by eight electrically-powered, tilting propellers. Should the worst happen, there's a ballistic parachute that works even at low altitude.

There’s more to it than just building an aircraft, as well.  “Beyond developing the vehicle itself, we’re seeking to move key technology categories forward, foster development of the regulatory framework for the certification and development of automated aircraft, and to otherwise nurture an ecosystem that will help enable the vertical cities of the future,” Lyasoff wrote in a blog on the Vahana website.

A3 is working with specialists from the aerospace, software, operations, and other industries. Most of the development process will be carried out in the open, and much of the technology developed will be available on an open source license.

The design has already been signed off, while most of the critical sub-systems have been developed in-house, or bought in. A working, full-size prototype is due to get in the air sometime next year, and a production-grade demonstrator should be ready by 2020.

“We believe that global demand for this category of aircraft can support fleets of million of vehicles worldwide,” Lyasoff said when Project Vahana was announced in August. “In as little as ten years, we could have products on the market that revolutionize urban travel for millions of people.”