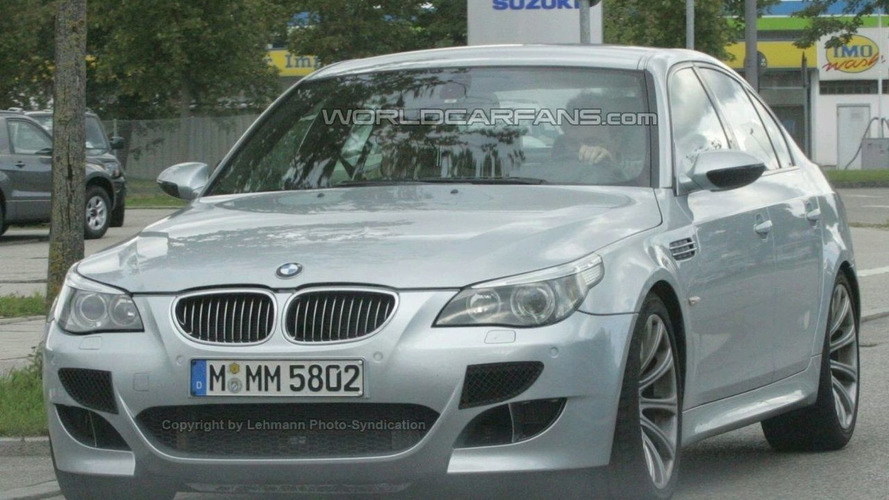 Still at least 2 years away, the new M5 rumours circus is about to get in full motion with the latest information surfacing webwide.

Still two years away, the next generation 2011 BMW M5 development is well underway and will arrive a year after the regular 5-series. Now Brits over at autocar have uncovered the Germans are working on a successor to the 507hp 5.0-liter V10 which has won countless awards including the engine of the year in 2005 & 2006 and has just been awarded the Engine of the year in the above 4-liter category for 2008.

The New 5.5-liter V10 will see power rise to 550hp and will be mated to BMW's new seven-speed M DCT doube-clutch transmission or the six-speed manual gearbox. To combat the extra displacement's effect on emissions and fuel economy, the new engine will likely get a direct injection turbo-charged unit and BMW's stop-start technology which automatically switches the engine off when it is not being used such as when the car is stopped in traffic.

The 2011 M5 will also benefit from an intelligent alternator control system which monitors the battery and makes use of energy that is usually wasted with its regenerative braking. The new technology increases the vehicle's power and fuel economy without sacrificing performance.

The picture above shows a protoype for the new BMW M5 caught testing last year when WCF exclusively uncovered the new engine will get twin-turbos.