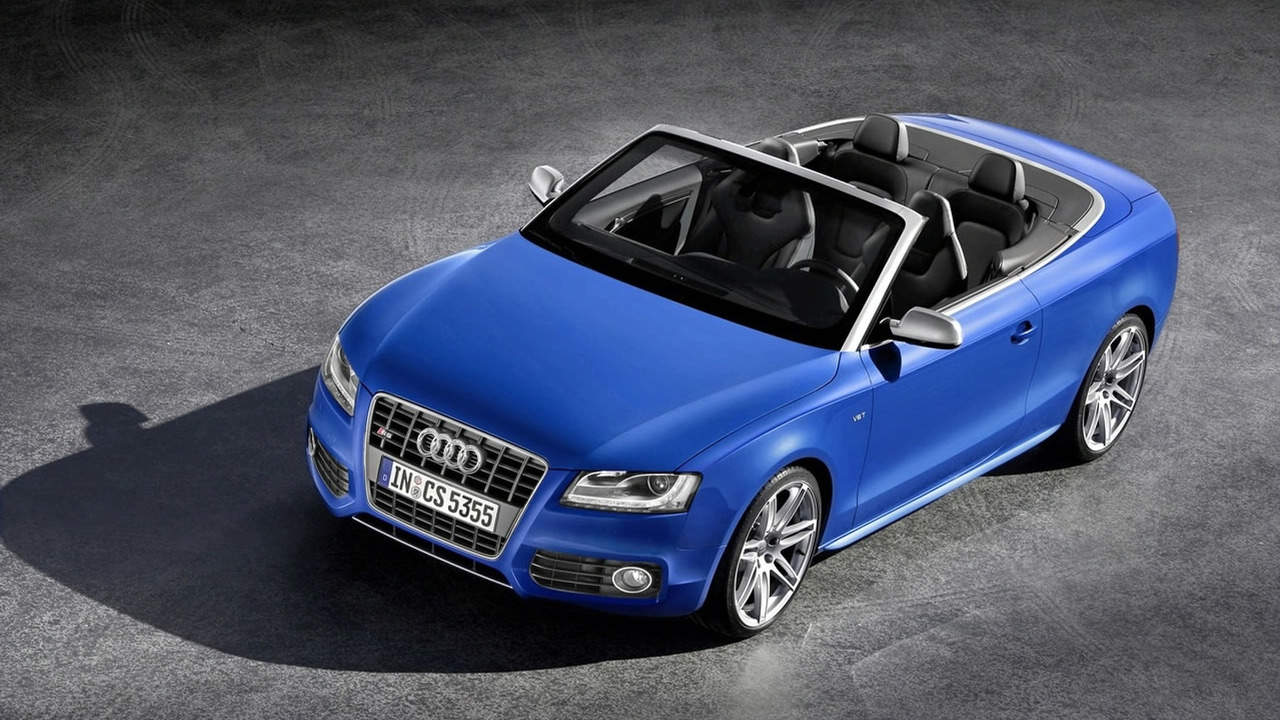 Finally we can see what the Audi A5 / S5 Cabriolets look like as true representations of the real product. Cloth is the way for Audi, so no tin-top folding roof here.

Inevitably Audi has released first information on the new Audi A5 Cabriolet, a bare-breasted two-door German with sleek lines and smooth engines. Offered with a total of seven engine derivatives, the A5 Cabriolet range adds sex appeal to the Audi family-car lineup. It sits four comfortably, keeps luggage almost like a normal sedan and is powered by the same petrol and diesel engines found in other Audis.

Quick to lose its canvass top, the A5 Cabriolet performs its "top off" stunt in 15 seconds, and "top back on" in 17 seconds through an electric system. The manoeuvres can be done at up to 50km/h (31mph) so no need to park on the side of the road when unexpectedly the heavens shed their tears. A neck-warming function is an option if driver and passenger fancy an open top cruise in cold weather.

Top of the range, for now, at least until RS5 Cabriolet bares its teeth, is the S5 Cabriolet. True as predicted it features Audi's new 3.0-litre supercharged V6 with power figures of 333hp (245kW) and 440Nm. Audi says it will run from standstill to 100km/h in 5.6 seconds, yet retain an average fuel consumption figure of 9.6 litres/100km. Three transmissions come with the A5 range; standard 6-speed manual, infinitely-geared Multitronic and seven-speed double-clutch S tronic, depending on the model.

The cars come with an array of interior comforts, like MMI options, Alcantara for the S5, Bluetooth functionality, and Bang & Olufsen sound system or a digital TV tuner if those options are ticked. Deliveries of the Audi A5/ S5 Cabriolet will begin during the second quarter of 2009 at prices starting at €37,300.