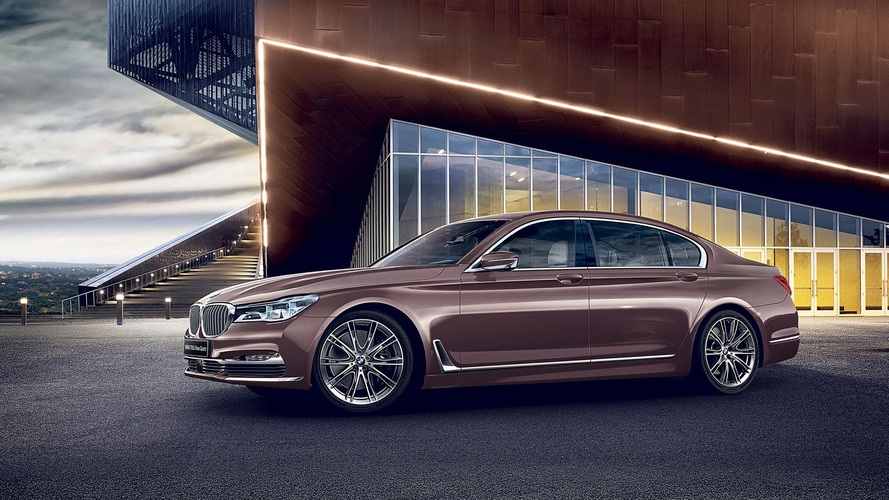 Yet another Japan-only special edition, the limited-run model is based on the 750Li and has a nice BMW Individual paint.

We’ve lost count of the number of special edition models launched BMW this year in Japan, and now there’s a new one showing off a “glamorous shine full of grace.” Based on the 750Li model, the fullsize sedan comes with a Rose Quartz exterior paint from the BMW Individual catalog and rides on 20-inch alloy wheels also taken from the same catalog of pricey options.

Pictures of the interior have not been released, but BMW says the cabin has been covered in fine-grain Merino leather with a Smoke White finish, while the headliner is dressed in Alcantara and has the same look as the seat upholstery. The dashboard is adorned by an Ash Grain black wood trim with red accents to spice things up.

As one would expect from a special edition BMW, the 750Li Rose Quartz is fitted with a plethora of standard kit, including goodies such as the Sky Lounge panoramic glass roof, a cool box, 16-speaker Bowers & Wilkins Diamond surround sound system, and the Executive Lounge Seating with heated rear seats featuring a massaging function.

Being based on the 750Li, it means the Rose Quartz model uses a biturbo 4.4-liter V8 engine with 450 horsepower (330 kilowatts) and 479 pound-feet (650 Newton-meters) of torque delivered to the rear wheels via an eight-speed automatic transmission. It’s enough Bavarian muscle to enable a 0-62 mph (0-100 kph) sprint in a mere 4.7 seconds before topping out at an electronically-governed 155 mph (250 kph).

BMW Japan isn’t saying for the moment how many units of the tricked-out 7 Series will be available, but it does mention the 750Li Rose Quartz will cost a hefty ¥20,190,000 (approximately $194,500). The special edition will receive its proper debut on November 2 at a fancy event organized at the five-star Ritz-Carlton Osaka hotel.