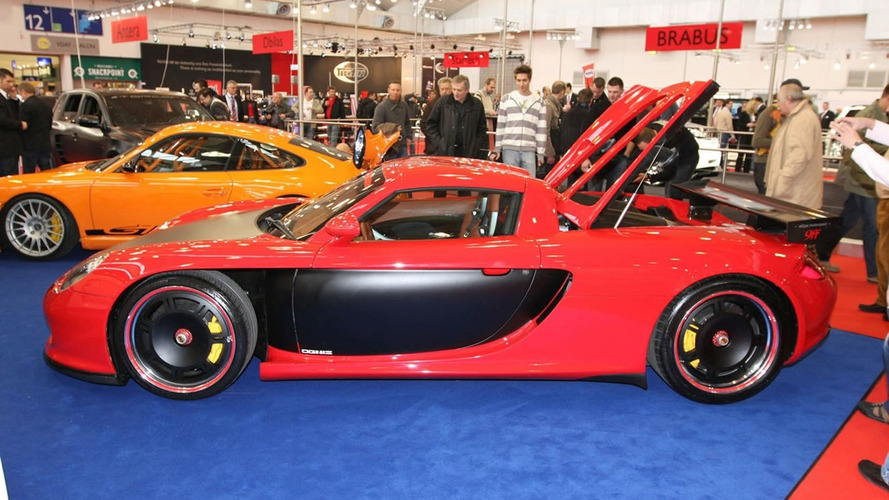 German tuner 9ff has revealed a surprise 900 hp version of the Porsche Carerra GT at the Essen Motor Show. The 9ff Carerra GTT 900 comes with twin turbochargers that add a whopping 300 hp to the production version.

Yes, the 900 stands for 900 horsepower. That's simple enough to decipher. But the extra 'T'? Maybe it's for tornado, considering the kind of turbocharging that is taking place here.

The details don't say whether its the same V670 turbochargers, those "variable turbine geometry" thingies, from the 9ff GT2 670 but something scary is taking place in that engine bay. The twin turbos added to the Carerra GT give the 9ff GTT 900 about 300 more hp than the production version.

Coming in what appears to be a less-than-flaming red, touched by matte black accents, 9ff kept this car a secret until it was revealed at the Essen Motor Show. The car also comes with a reworked bodykit featuring cut-out front wheel wells and a fixed rear wing.

No details on pricing or whether this car will actually ever be for sale. Hard to imagine there not being any regulatory hurdles involved for making it street-legal. It may just be for show.