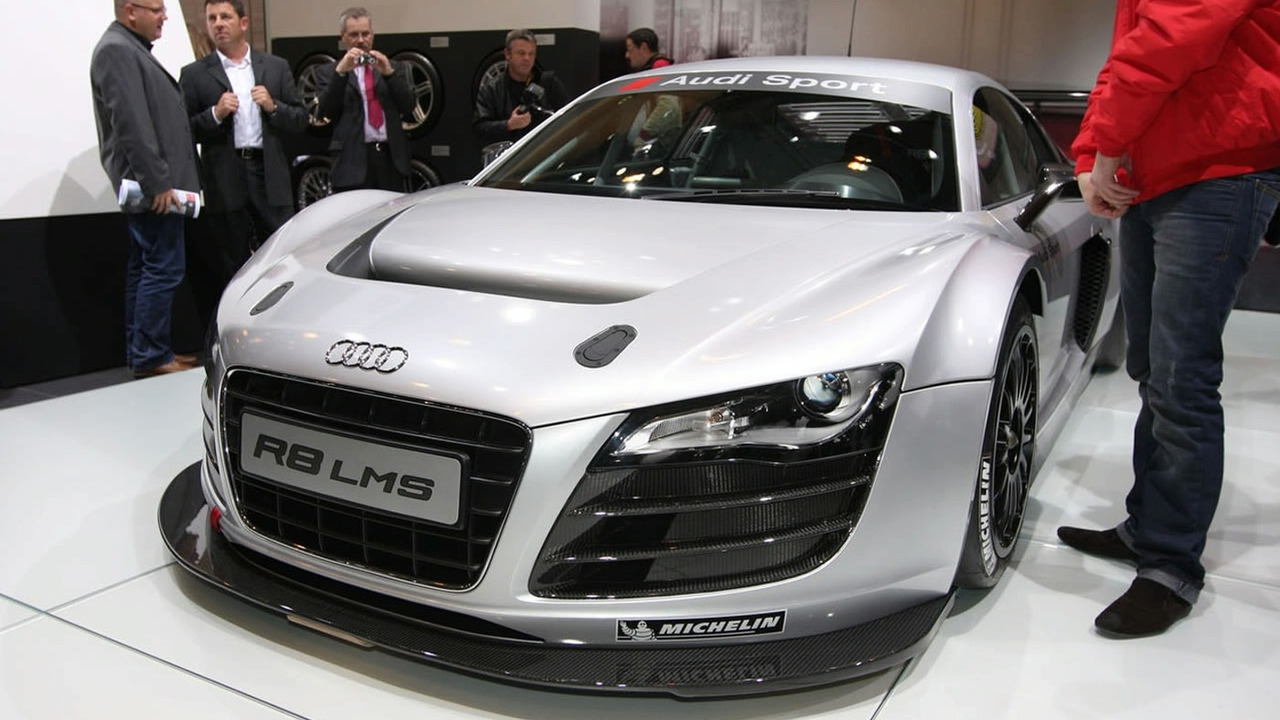 Audi R8 LMS racing car has been unveiled. Factory-made to satisfy customers who want to race, LMS is a thoroughbred working out 500bhp-plus from a V10 engine.

Audi Motorsport's plan for 2009 is on track to produce a new LMP1 called R15 TDI for the Le Mans 24 Hours, an A4 for DTM and the new R8 LMS. Of interest here is the LMS customer programme, recently spied at the ‘Ring a while ago. It's essentially a race car that will be seen trying to prove its mettle at Formula GT3 from 2009. As a customer-focused project, it's customers who will be racing these cars; up to eight of them competing in various European series as well. The factory itself will not enter a GT3 car in any race.

"We know just how important motorsport is for the success of the brand," said Michael Dick, Chairman of the Board for Technical Development and the man in charge of AUDI AG motorsport programme. "Therefore it goes without saying that Audi must also be present on the race track in economically hard times. It is all the more important for us to enter a motorsport category in which the cost-benefit calculation is positive."

The LMS car develops 500hp/ 373kW-plus V10 that takes ordinary Audi customers and turns them into Christian Abts of the world. Speaking of which, Abt is very much involved in the development of R8 LMS, as are Frank Biela and Frank Stippler, all very experienced racing drivers. A 6-speed sequential gearbox works in tandem with the engine to drive only rear wheels on the ground.

Interested buyers will have to fork out a proposed €262,000 (VAT included) for the privilege.