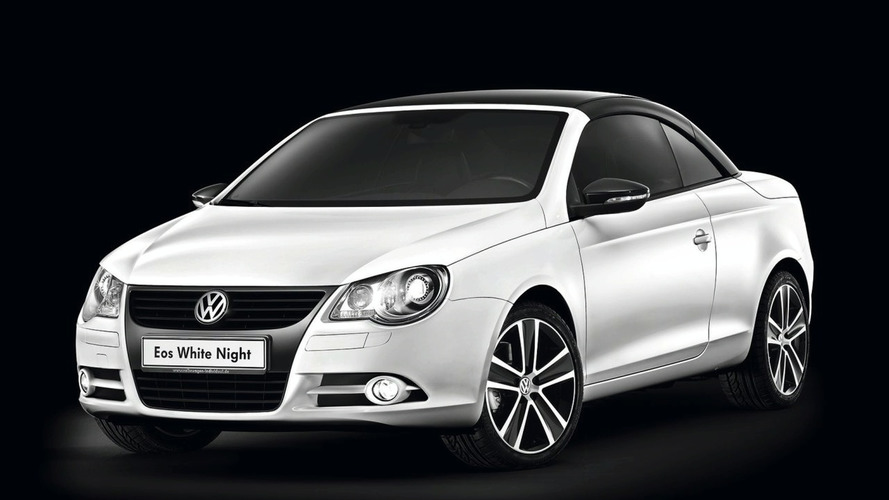 Two exclusive VW cars, Scirocco and Eos, will star for the German brand at the Essen Motor Show 2008. They feature contrasting colours black and white as a theme.

Germany's biggest tuning event, the Essen Motor Show, will reveal two exciting Volkswagen products with a theme of contrast. First is the VW Eos "White Night" which uses the colours black and white. The exterior is finished in something called Candy White which runs on the roof, while grille, and side mirror caps are in a black colour.

Interior keeps the contrast theme going where Nappa leather is black but the ornamental edgings are white. This car is using that 3.2-litre V6 that produces 250hp (184kW).

What would a tuner gig be without Scirocco, VW's newest poster child? Well the car is there too, featuring also a contrasting black and white theme. This one will be produced in a limited 100 units as part of the Collectors Edition series. More white dominates the Scirocco, starting with the exterior in an Oryx White colour. Xenon headlights are fitted, so is an electronic panoramic sunroof and special 19-inch alloy wheels with a polished surface. Inside it features Berry White leather and kit like radio/ navigation system.

Scirocco has the 200hp (147kW) 2.0-litre turbo engine that is the staple of the VW Group cars and features DSG for its gearbox.