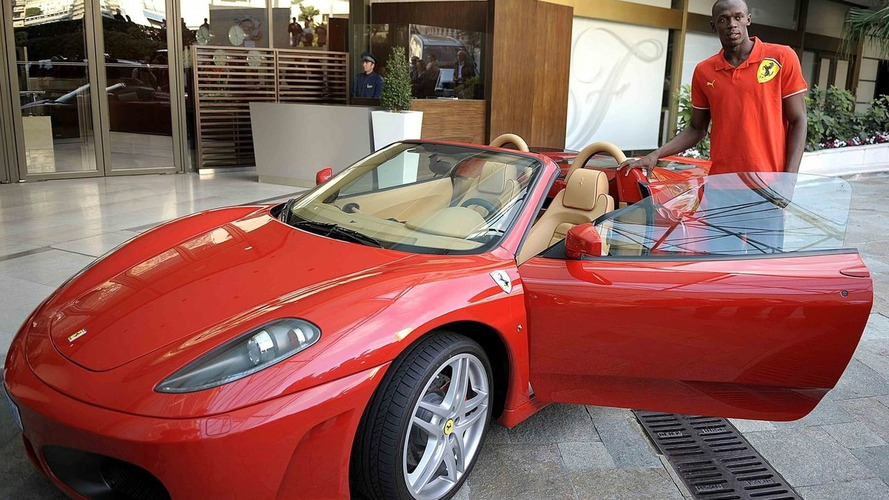 World 100 metres sprint record holder Usain Bolt got a jolt on his neck while taking a Ferrari F430 Spider for a spin around the block in Monaco.

Ferrari F430 Spider speed, and lightening flash bolt. A likely pair, and one that just got together in Monaco. Usain Bolt is the 100m and 200m Olympic and World Champion, the fastest man ever. It was a dream come true for him when he got to drive an F430 Spider in Monte Carlo on the F1 section of the city circuit. The tall Jamaican is in Monaco for the World Athletics Gala where he is to receive the Athlete of the Year award.