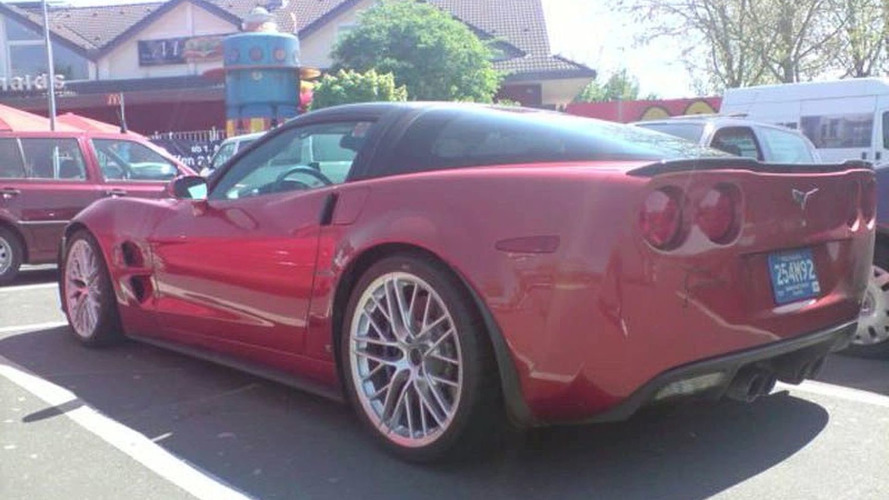 Yesterday our Autogespot buddies from Holland spotted a brand new Corvette ZR1 at a fast food restaurant just 60 km away from the Nurburgring, just two days after another ZR1 (different license plates) was spotted on the famous German race track being followed by a helicopter. Its just a matter of time now until we get to see the ZR1 set its Ring lap time.

We can only assume that GM is putting their money where their mouth is after the recent comment that the ZR1 can “take the production-car track record at any racetrack”, including the Nürburgring in Germany which was recently lapped in just 7:29 by the Nissan GT-R.

We know what the ZR1 can do at the Papenburg track in pretty much a straight line, namely 205 mph or 330 km/h, but how will it fare on the twisty and turny Nurburgring. Power comes from GM's new LS9 supercharged V8 engine and produces 638 hp / 476 kW with 819 Nm of torque.

The question remains, can the Americans beat the Japanese? And how long until the Europeans reclaim the title on their home turf?